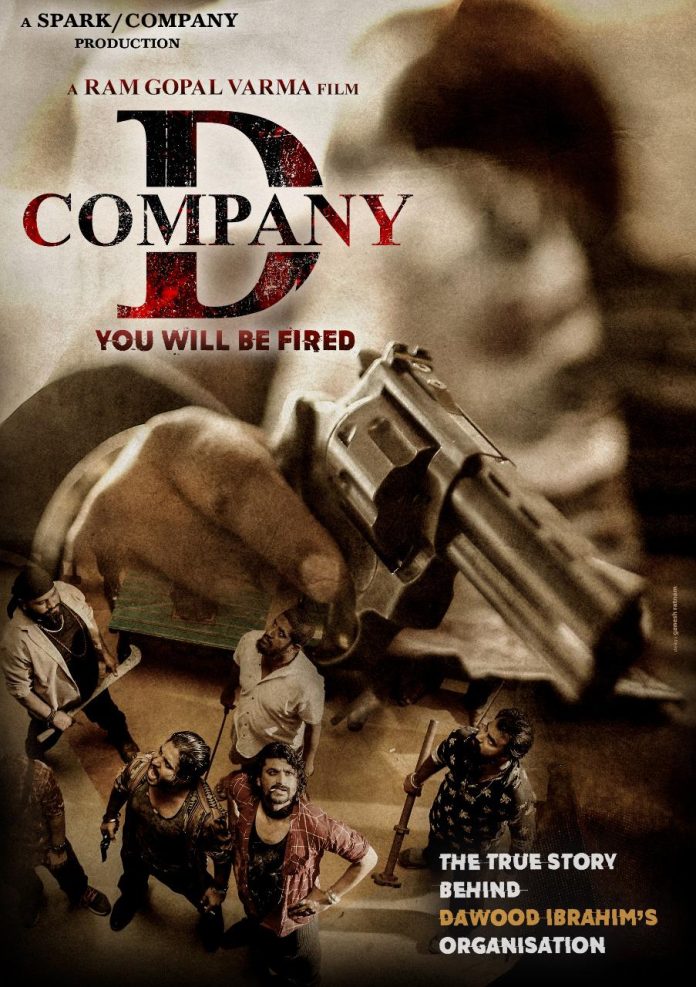 Ram Gopal Varma is back into the rustic reality

Having known for directing nail-biting good bad and ugly action thrillers and political crime dramas, Ram Gopal Varma has now come up with a biopic of the Mumbai based company called D headed by Dawood Ibrahim Kaskar. Following his previous film Company in 2002, RGV has titled this biopic – D Company.

RGV’s ‘Company’ was losely based on hearsay knowledge of Dawood Ibrahim and Chhota Rajan, whereas D Company is based on his direct sources in Karachi

A video to give us a sneak-peek into the D Company was recently released by RGV across the digital platforms today. The first look released recently has already created a  big hype in the showbizz in all languages

The film will revolve around a Bill gates/Dhirubhai Ambani kind of visionary ..For the ignorant, Dawood is the primary accused in the 1993 Mumbai bomb blasts that caused hundreds of deaths.

Along with Dawood, the film will also tell the truths of other gangsters who lived and died under the roof of D-Company.

Ram Gopal Varma’s directorial D Company will release in five languages and is all set to take us through the waterfall of the underworld , a shower that we never really experienced.The film will be distributed by UFO Moviez India Ltd.