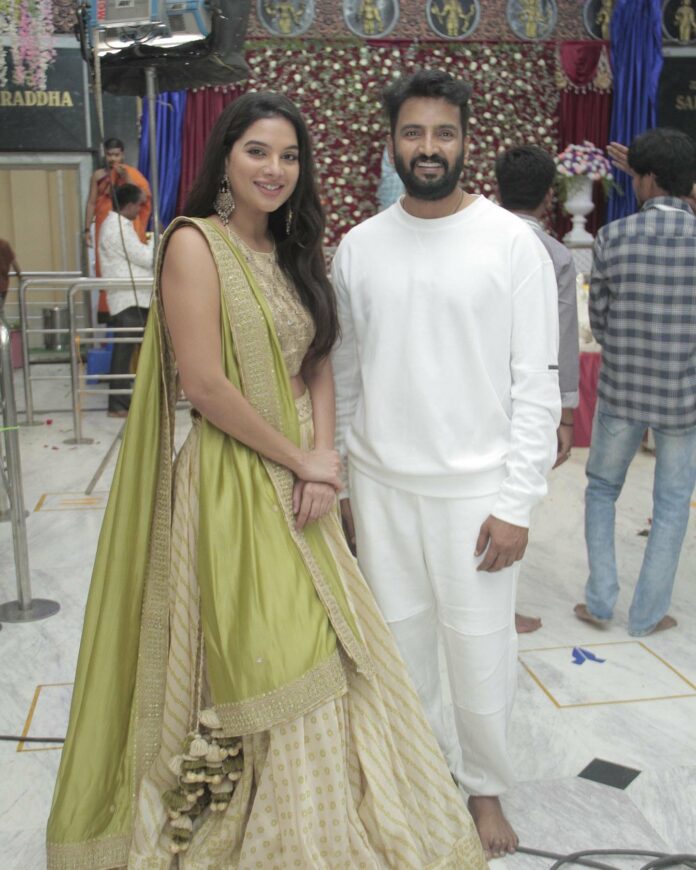 The Shooting and pooja of the new film starring Santhanam happened today at bangalore.

NaveenRaj is producing the film under the banner “FORTUNE FILMS”.The unnamed film is produced as ‘PRODUCTION NO10’. ( Santhanam15 )

Famous Director Prasanth Raj is directing the bilingual film in Tamil and Kannada.He directed the hit films in kannada like loveguru,Gaana bajana,Whistle,Orange.

The Hero and Heroine works in different Advertising Companies.They becomes Cat and Mouse due to their work competition.The War between the two is made as a full length Comedy film by the director.

The shooting of the film started with a pooja today at bangalore.The shoot will happen to happen at chennai,bangkok,london.

This Film is being produced as Santhanam’s big budget film.

This is a TradeMark Santhanam Film.The Story is Made in a way that it will be enjoyed by families.