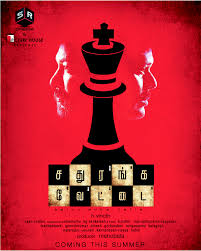 Manobala’s Sathiranga Vettai
Actor-filmmaker Manobala has made a name for himself in Tamil cinema.He has been in it for over three decades and rendered many a hit films as director. Much recently he ventured to acting and won laurels for his comical performances. Now he is all set to take a new avatar as producer. His production venture is titled Sathuranga Vettai.
The high point of the film is that it is laced with humour and there are enough in kit to attract youngsters. A thrill ride with romance, the moment I listened to the script, I had no hesitation in agreeing to produce it, says Manobala. Cinematographer – actor Natty plays the lead.