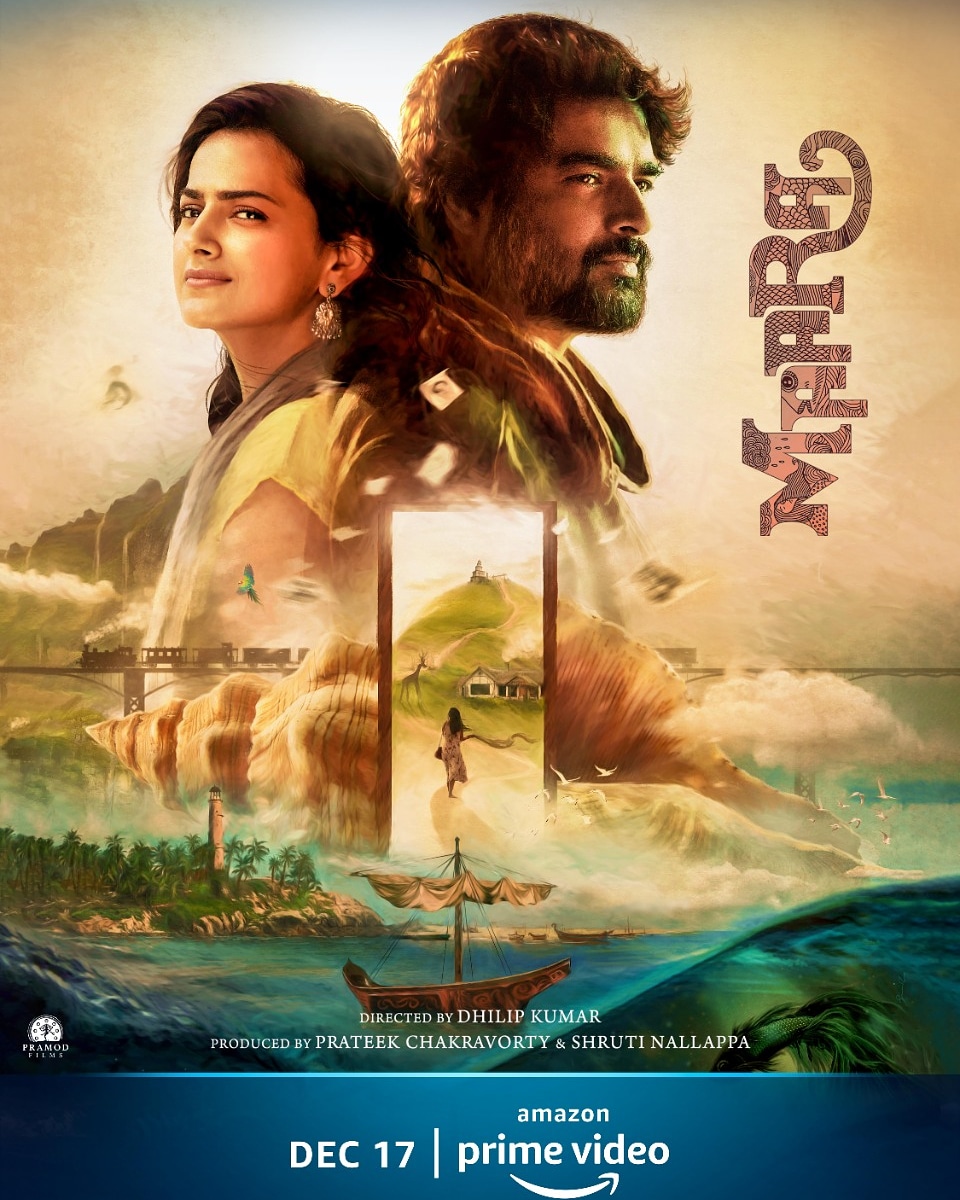 From the moment, it was announced and launched, Madhavan-Shraddha Srinath starrer Maara had created a beam of decent expectations. Significantly, the most anticipated first look of this film which was unveiled yesterday morning (October 9, 2020) wowed the crowds for its innovative and colourful presentation. What is more exciting for the team is that it has found a platform of big release (OTT) through Amazon Prime Video. In addition to the exquisitely colourful first look, the announcement on the release date has brought forth an excitement among fans. The romantic tale laced emotional and surprising premise will be premiering on Amazon Prime Video from December 17, 2020. The first look poster has lots of visual significance involving the presence of lead characters and a distant view of a lady in portrait mode. It also comprises two different scenic backdrops of a beach and a mountain. With such a creative appeal, all these elements assure that they have a substantial connection with the story.

Filmmaker Dhilip Kumar, who earlier found fame through a Tamil movie ‘Kalki’ that, was streamed on Netflix, is directing this film apart from writing the script along with Bipin Ragu. Ghibran’s score has always been a boon for love stories, and ‘Maara’ team assures that the album will be a treat for music lovers. Especially, with Think Music bagging the audio rights, the album is sure to find the golden compass leading to the destination of tremendous success. Thamarai has penned lyrics, and Bhuvan Srinivasan is the editor. The film’s poster assuring that it has lots to offer as a visual treat, cinematographers Karthik Muthukumar-Dinesh Krishnan B and art director Ajayan Chalissery is sure to win a myriad of appreciations.

Prateek Chakravorty and Shruti Nallappa of Pramod Films have produced this film.