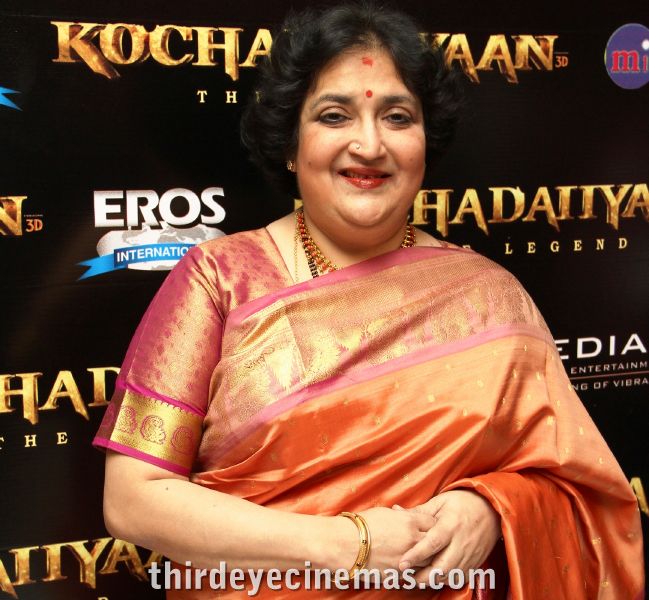 Latha Rajnikanth speaks out
Latha Rajnikanth briefly worked as a playback singer in Kamal Haasan-starrer Tik Tik Tik song Netru Indha Neram, Kadavul Ullamae from Anbulla Rajinikanth and a tribute album on her husband titled Rajini 25.
She picked up the mic again after many years to sing Manappenin Sathiyam for her daughter’s debut film Kochadaiiyaan.
‘A R Rahman and Soundarya discussed and said it would be nice if Amma sings as she wanted her mother to sing and the song suited me well. It was wonderful to go back and sing for Rahman. I have been singing regularly but not for films,’ Latha said.