“Kappal” the upcoming project of S Pictures & I studios 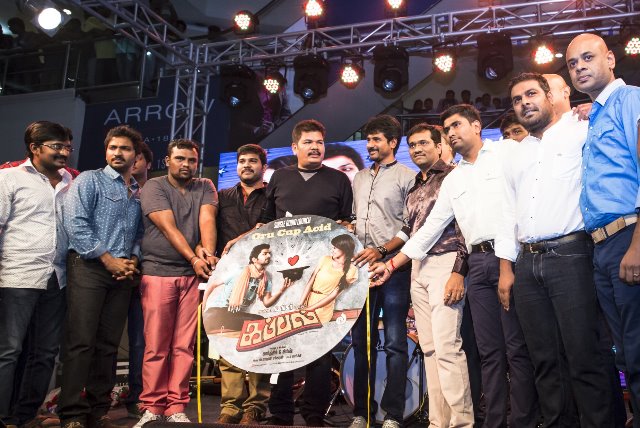 The express avenue mall witnessed a huge event yesterday. The single track launch of ‘Kappal’ happened a midst the ocean of general public. Director Shankar who had acquired the film ‘Kappal’ directed by his disciple Karthik put his familiar touch of ‘ Mega’ into the launch of this single track event too.

The popular band Staccato thrilled the audience with selected hits of Director Shankar’s films. Director Shankar received the applause with his customary cool as a cucumber attitude and smile. The entire cast and the crew of ‘Kappal’ – Director Karthik, cameraman Dinesh, Lyricist Madhan Karky, Music Director Natarajan Shankaran, Hero Vaibhav, VTV Ganesh, Karunakaran, and the Producers of I Studios were all present to add glitter to the event.

Directors Karthik Subburaj ,Atlee, Prem Sai were present there all through the event. The pinnacle of the event was the presence of the ‘rocking star’ Siva Karthikeyan. From the moment he entered the mall to the moment he left the mall, the crowd were all in cheers for him.

His raising popularity among the masses was well endorsed by Siva Karthikeyan himself with his traditional fun lines and punch lines. The single track beginning with the lyrics ‘Oru cup acid’ was all over the air, and within minutes the song was hummed by all in the mall. Sun music will telecast this on the Diwali day 22nd October, 10 a.m to 11 a.m.