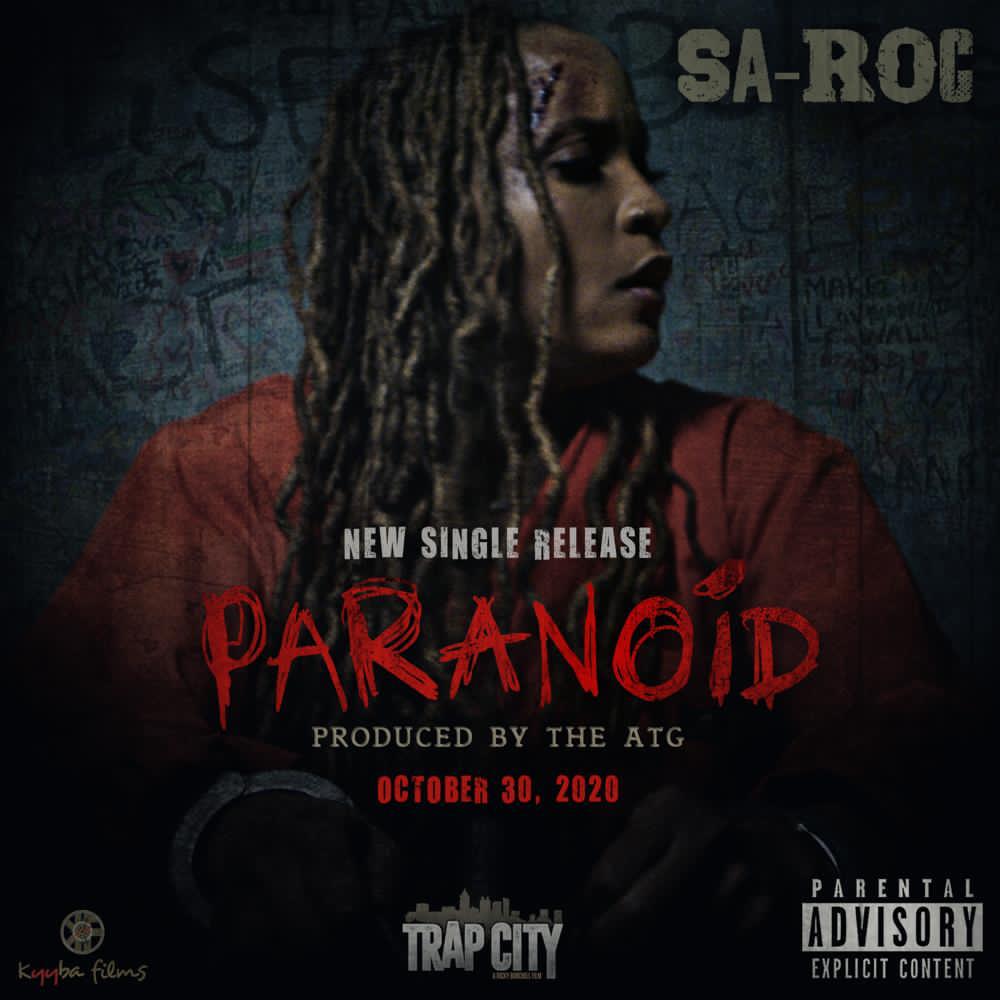 Producer, creator, orchestrator and overall visionary The ATG delivers a cinematic explosion with the release of the dynamic new ear-bender Paranoid courtesy of Kyyba Films / The Orchard (SONY).
The lead single off of the highly anticipated TRAP CITY Soundtrack is an uncommon ground swell of slow strings and French horns, resulting in an Oceanic crescendo that crashes down upon the listener like a musical Tsunami.
Featuring the unique talents of up and coming vocalists Omar Gooding, SA-ROC and G.V Prakash Kumar (who also appears in the film), Paranoid is a 6 minute plus masterpiece that takes the listener on an emotional ride of trials, tribulations, losses and victories, all supplemented with a lyrical vulnerability wrapped in stoic boldness.
Featuring in the number, “Such an honor and excitement to collaborate with artists Omar Gooding, Sa-Roc, Ricky Burchell, and The ATG from around the globe and lend my voice to spread the message of hope for world unity. My sincere hope is through these artistic expressions we facilitate some real lasting changes for peace, love and harmony” says G.V.Prakash Kumar
Built from the ground up, The ATG developed Paranoid with a clear musical and instrumental vision before vocals were even a consideration for inclusion. “I had been inspired by Hans Zimmer’s scores during time in which I created Paranoid” says The ATG, referencing the famed German film score composer and producer. Influenced by the vast soundscapes Zimmer is known for creating The ATG began creating Paranoid with the mindset of an “auditory filmmaker”—no words needed for the message to be heard.
Yet, the firm delivery of the 3 talented lyricists takes Paranoid to that all too hard to find next level, perfectly blending the carefully cultivated musical landscape conveyed by The ATG with a strong 2020 message—enough is enough. Gooding brings his obviously deep-rooted west-coast background while SA-ROC tackles the topic with her DC. “take no prisoners” approach—direct and insightful. G.V Prakash envelopes the track with his emotionally laden chorus (with a composition assist from writer Ricky Burchell) —expressive and exasperated all at the same time.
“I look at the world and all I see….is the label that they put on me…all I hear is a bunch of noise….and these voices get me paranoid.”
In a world currently dominated by headlines rooted in fear and anxiety, Paranoid is a perfect “sign of the times” musical mantra, while still delivering a message of hope and unity. Bringing together talents from various backgrounds and corners of the world, The ATG knew he had the perfect backdrop for the conveyance of a massive that has an audience clamoring for something to grasp.
Omar Gooding
in all awe says, “Now more than ever we MUST come together. It’s that simple. Vote, be heard. Do your part to effect change and stop the spread of hate and PARANOIA. This song is just one part of the movement that I and other entertainers like me are doing to use our platforms to create real change”.
Similarly, Sa-Roc
feels Working with such a diverse and talented group of creatives such as Omar Gooding, GV Prakash and The ATG on ‘Paranoid’ was a dope experience. She mentions, that it’s grateful to be a part of a project that weighs in on some of society’s most pressing issues in a uniquely refreshing way.