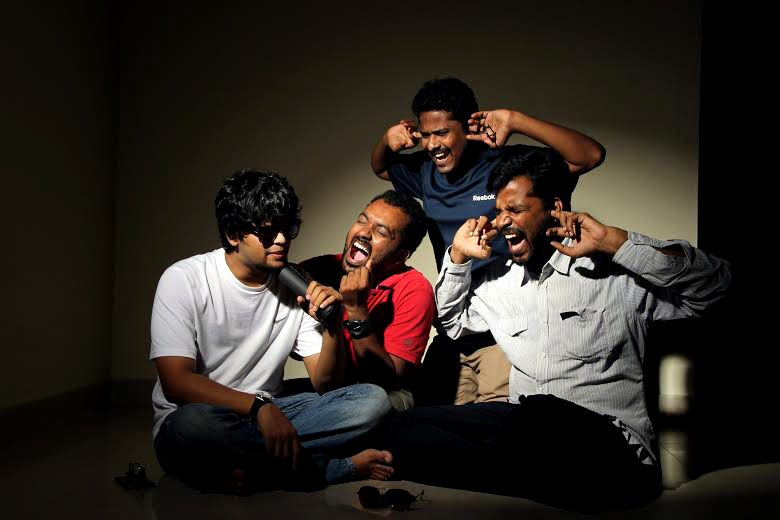 The emerging Directors of The Tamil film industry are rich in ideas , and the debutante director Vadivel , a former assistant of Mysskin has gone one step ahead in bringing his ideas into practice. If the title ‘Kallappadam’ is an indication of the principle difference , the narrative style and the basic content too seems different from what we have heard and seen until now .The glorification of the folk art ‘ Koothu ‘ is the theme of the movie . The central characters in this film are a director, Camera man , Music director , and the editor . After screen testing many aspiring actors the director and the producer Anand Ponniraivan arrived on an idea of their life . The director decided to cast himself in the director”s role and going one step ahead convinced his cameraman Sreerama santhosh an assistant of PC Sreeram to play the role of the cameraman , music director K the role of the music director , and editor Gaugin the role of the editor .

‘ We were able to deliver the ideas we conceived because the script was well within us and this will be evident in every frame . We don’t reflect the struggle but the friend ship between these aspirants and the fun involved within . Lakshmi priya plays the female lead and Director Mysskin has given a loud support by singing a song ‘ Vellakara rani’ ‘ the director concludes with an assurance that will go a long way in enhancing the reputation of the film.