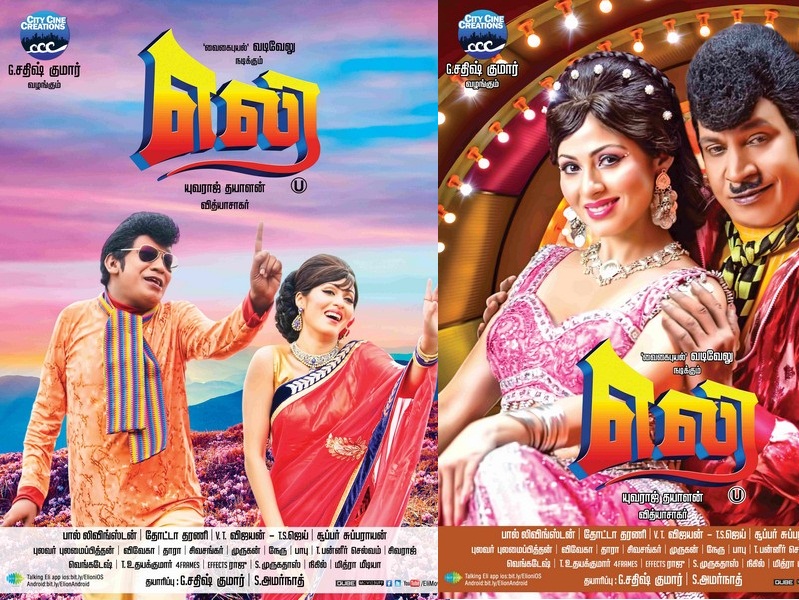 Actor Vadivelu and director Yuvaraj Dayalan renders Eli.
Playing his ladylove is Sadha. Of course there is a villain in the form of Pradeep Rawat. Music is by Vidyasagar and cinematography by Paul Livingston. It is a period film set in 1950s and 60s.
Yuvaraj seems to know Vadivelu’s strength and hence comes up with scenes that would satisfy his fans.

Vadivelu’s body language and dialogue delivery deserve a special mention. A spy thriller set around him, the movie begins on a dull note and takes mometum as it progresses.,

Unable to solve a series of crimes and an urgent need to end the menace of a dreaded gang, the police department feels Vadivelu, a petty theif, is the best man to nab the head of the gang (Pradeep Rawat). The police see thye traits of a rat in Vadivelu and believes he can escape from any tough situation and hence entrusts hiom withy the task of ending the mafia don. What follows are action sequences inspired by Jackie Chan movies and Vadivelu signature style comedies.

Vadivelu plays a splendid role. His one-liners are catchy. Sadha is pretty but enjoys very little screen space. Pradeep Rawat stands out with his menacing looks.
Cinematographer Paul Livingstone, has done a commendable job and capture the of 60s well to give a right retro look. Music by Vidyasagar is okay. But the movie’s length is a problem. Also some clichéd dialogues and lengthy scenes mars the show.