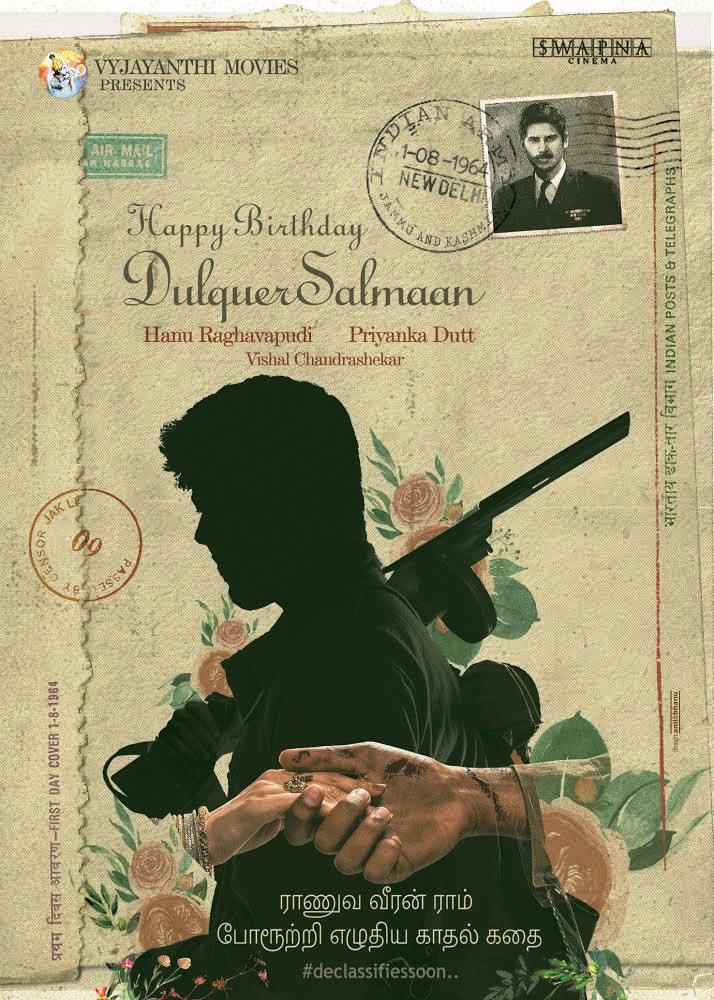 The renowned film makers Swapna Cinema today announced their next big multi-lingual movie with Dulquer Salmaan in the lead. Touted to be a period love story set in 1964, this untitled film will be directed by Hanu Raghavapudi and presented by the iconic Vyjayanthi Movies.

The makers of the film launched the concept poster on the occasion of Dulquer Salmaan’s birthday today, depicting a beautiful telegram. Dulquer is seen as an army man in a silhouette image, wherein two hands joining together embodies his romantic side.

The hugely popular pan India star Dulquer will be playing the role of ‘Lieutenant’ Ram, in this Telugu, Tamil and Malayalam film. The concept poster released wishing the star a happy birthday, has a tagline “Yuddham Tho Rasina Prema Katha” in Telugu “Yuddathodoppam Ezhuthapetta Lieutenant Raminte Pranaya Katha” in Malayalam and in Tamil its “Ranuva Veeran Ram Poruttri Ezhudhiya Kadhal Kathai”.
This announcement follows the mega budget multi-lingual project starring Prabhas and Deepika Padukone by Vyjayanthi Movies which continues its legacy as makers of unparalleled cinema of over 50 years. Apart from this project, Vyjayanthi has another movie in the offing to be directed by Nandini Reddy besides Jathi Ratnalu which is nearing completion.

Set in the backdrop of “Love in the war”, the captivating facet of the film that will have music by Vishal Chandrashekar.

Produced by Priyanka Dutt under Swapna Cinemas, the film will be presented by Vyjayanthi Movies.