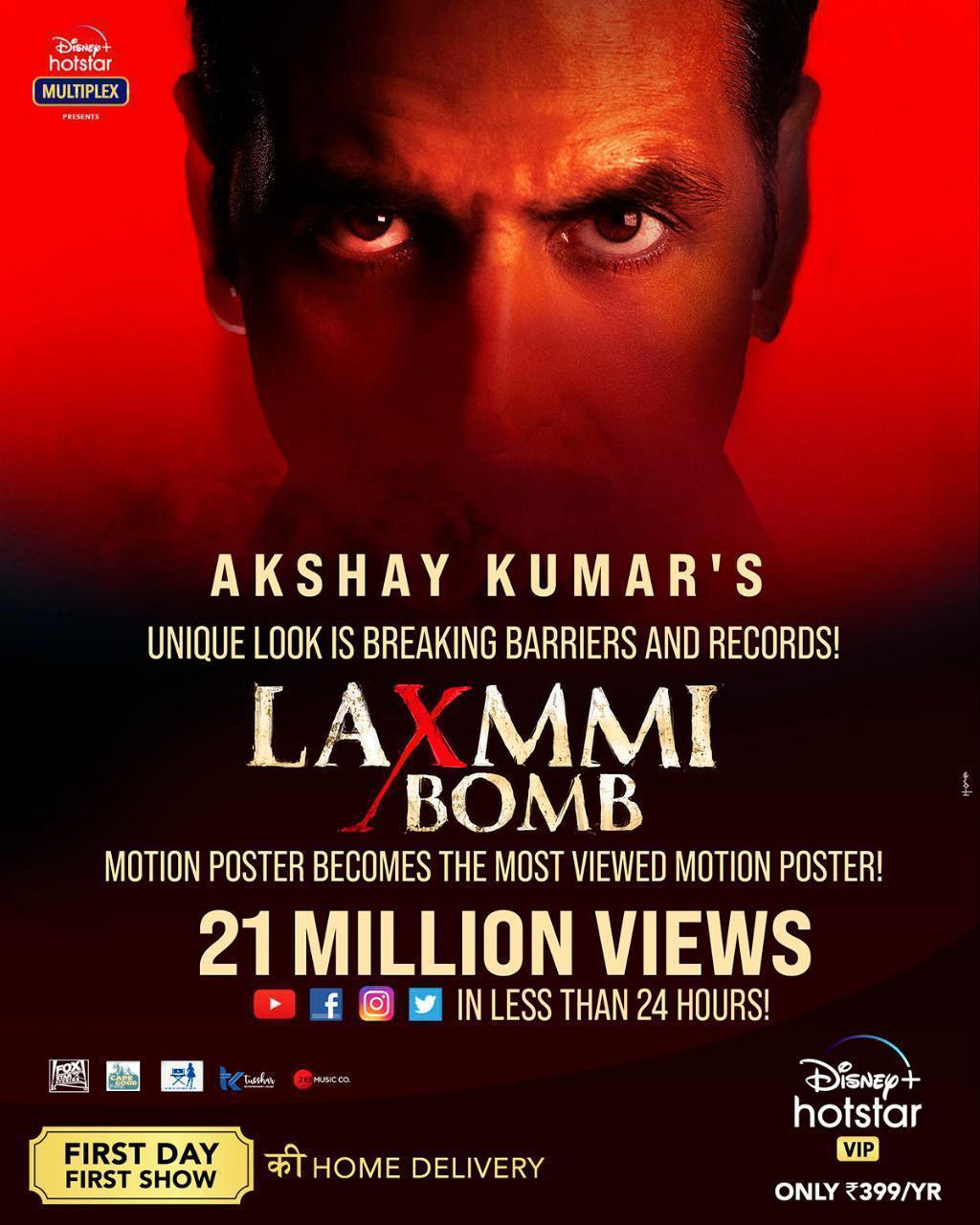 Laxmmi Bomb all set to create a blast this Diwali

The posters of Laxmmi Bomb starring Akshay Kumar in a never-seen-before avatar, has the audiences rooting for it already. The film which is a remake of the Tamil hit ‘Kanchana’ has managed to create buzz ever since it’s inception. Akshay who has had a blockbuster year at the box office last year, has been on the receiving end of appreciation from both the critics and cinema-goers. The actor is all set to surprise his fans with his character of a transgender in Laxmmi Bomb.

Directed by Raghava Lawrence, who had directed and starred in the original movie, will also see Akshay and Kiara Advani collaborate again post Good Newwz.

With theaters closed due to the coronavirus pandemic, the makers have opted to release the movie, this Diwali directly on OTT platform.
Laxmmi Bomb is set to premiere on 9th Nov on Disney+ Hotstar VIP