Actor Madhavan’s Rocketry will have a world premiere at #Cannes2022 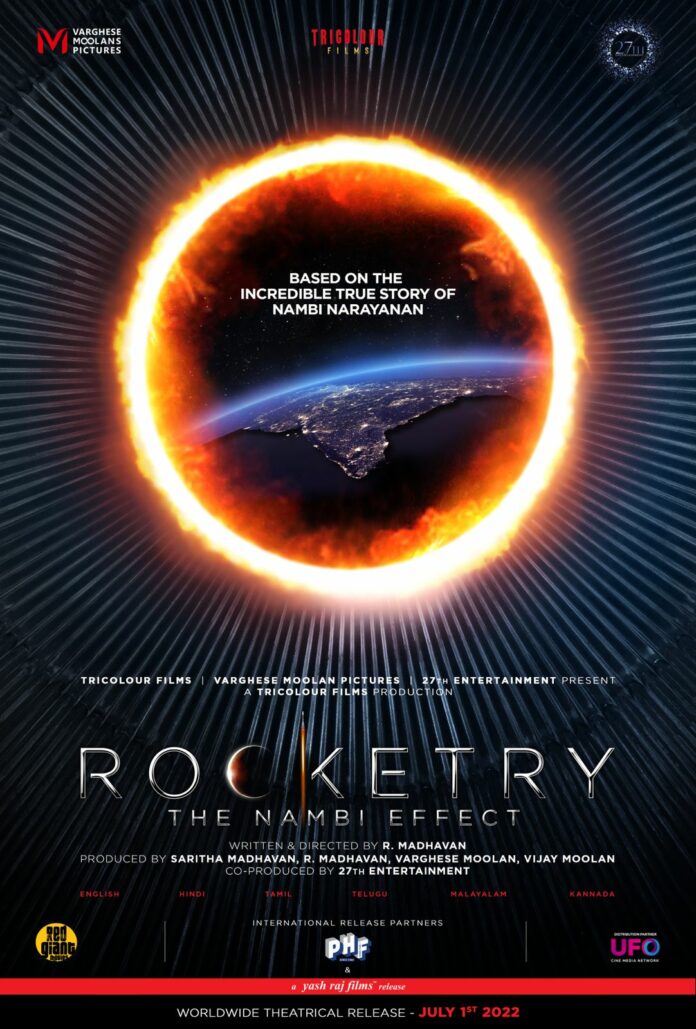 THE STAGE IS SET FOR THE WORLD PREMIERE OF R MADHAVAN’S ROCKETRY: THE NAMBI EFFECT AT CANNES FILM FESTIVAL

It’s time for Rocketry: The Nambi Effect to place India on the global map of cinema! Putting the legendary ISRO space scientist Nambi Narayanan on the international stage, where it rightfully deserves to be seen, R Madhavan’s much-awaited directorial debut, biographical drama Rocketry: The Nambi Effect, will receive its World Premiere during the 75th Cannes Film Festival. The Palais des Festival premiere will take place during a prime-time slot at 9pm on Thursday 19th May as part of the celebration of India as the official country of honour at the Cannes Film Market this year – an inaugural tradition that will be continued at future editions. The launch of the festival tradition is particularly significant during its 75th year, coinciding with 75 years of Indian independence. India’s Ministry of Culture has officially selected Rocketry: The Nambi Effect for its Red Carpet World Premiere at the prestigious venue.

Actor-turned-filmmaker R Madhavan plays the role of the eponymous Indian scientist, Nambi Narayanan, a former ISRO scientist and aerospace engineer, and has also directed, produced and written the film. Speaking about Rocketry: The Nambi Effect’s world premiere at Cannes Film Festival, R Madhavan said, “I’m in a daze! I just started by wanting to tell the story of Nambi Narayanan and I’m unable to believe all that’s happening. With God’s grace, we’ve waited long and I’m grateful and thrilled to watch all good things happening for the film. As a debut director, my nervousness is making it difficult for me to breathe & all I hope is to make India proud!”

Staged on a mammoth scale, the film has been shot in India, France, Canada, Georgia and Serbia. With a powerful ensemble star cast comprising of acclaimed international actors like Phyllis Logan, Vincent Riotta and Ron Donachie and with special appearances by superstars Shah Rukh Khan and Suriya.

Rocketry: The Nambi Effect is produced by TriColour films, Varghese Moolan Pictures and 27th Investments. The film is being distributed by UFO Moviez and Red Giant Movies in India and will be distributed internationally by Yash Raj Films and Phars Film Co.