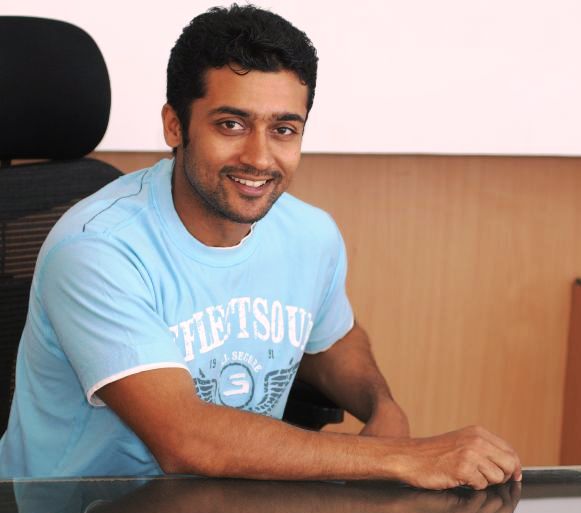 Chennai, 14 January 2014: UTV Motion Pictures today announced their association with Director N. Lingusamy’s Thirrupathi Brothers to co-produce their next mega budget film starring South Superstar Suriya titled “Anjaan”(Fearless) along with a great ensemble cast which includes Vidyut Jamwal, Samantha, Manoj Bajpai, Dalip Tahil, Brahmanandam with other leading artistes.
“We are extremely delighted to continue our strong relationship with N. Lingusamy’s Thirrupathi Brothers after our two successful films -Vettai and Ivan Veramaathiri. We look forward to working with South Superstar Suriya and are confident that the movie will be a huge mass entertainer and certainly one to look out for in 2014”, said G. Dhananjayan, Chief – South Business, Studios, Disney UTV.
“We share a great relationship with UTV and our co-productions with them through our banner Thirrupathi Brothers, in the past have been highly successful. We value their support & understanding and happy to co-produce our next film Suriya’s Anjaan with them. The studio brings in great professional support, marketing talent and distribution strength with which they back every movie. The film is being produced on a mega budget in never seen before locations with huge sets and an ensemble of top artistes. The film is going to be a total mass entertainer with a new theme and I am confident it will greatly appeal to the audience when it releases in August 2014,” said writer-director N. Lingusamy.
The film will have cinematography from ace cameraman Santosh Sivan, music by Yuvan Shankar Raja, editing by Anthony, Art Direction by Rajeevan and is written & directed by N. Lingusamy (of super hit films Anandam, Run, Sandakozhi, Bheema, Paiyya and Vettai).

The film produced by UTV Motion Pictures along with N. Lingusamy’s Thirrupathi Brothers recently completed its first schedule of 35 days of shooting in Mumbai and the second schedule is commencing in January end in Goa post which it will move to various locations across Maharashtra. The entire film will be shot in locations outside of Tamil Nadu. It will be a start to finish film for Suriya, who is totally focusing on this project with a smart new look.
The film is slated to release in Tamil and Telugu languages in August 2014.