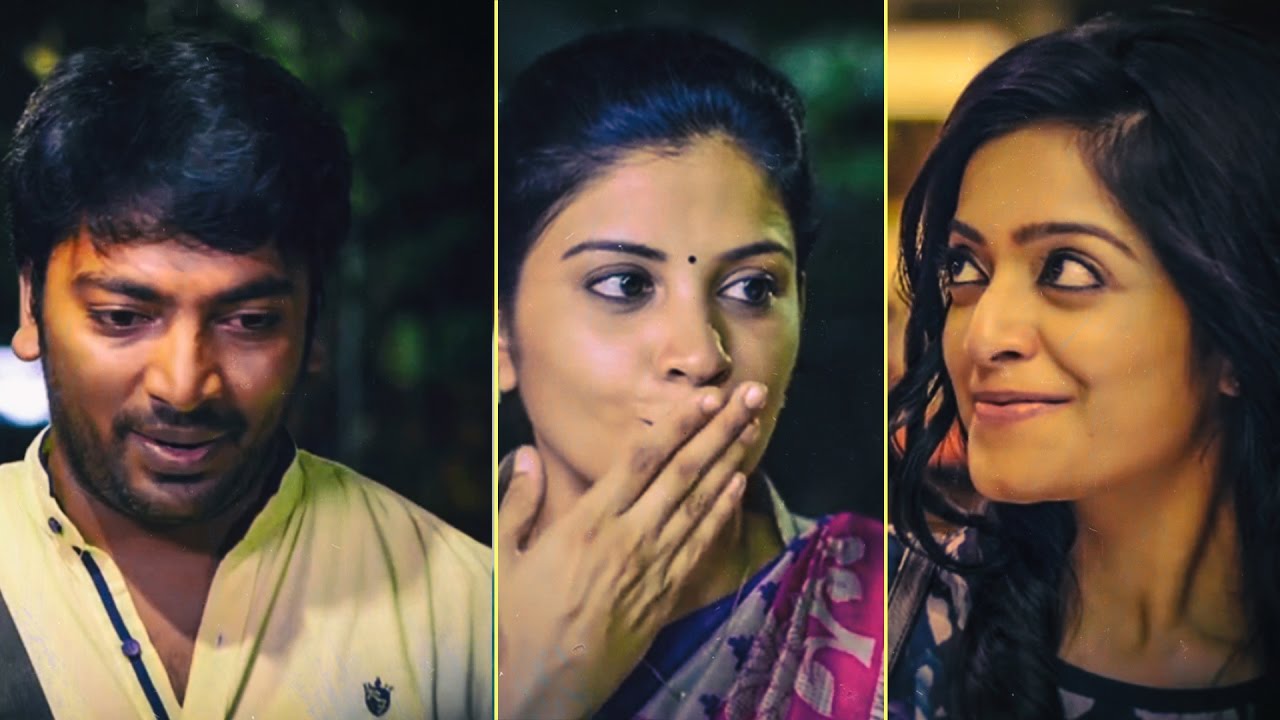 With much expectations Adhe Kangal, that features Kalaiyarasan, Janani Iyer and Sshivada in lead roles, hit the screens this weekend. This movie, which has the same title as the 1967 thriller, is all about revenge and action of a different kind.

Directed by debutant Rohin Venkatesan, Adhe Kangal is a challenge. The filmmaker had to keep up his credit, as the yesteryear movie of the same title was a big hit. The weight on his shoulders seem to be expanded in his movie. Well all said and done, the flick is a decent attempt.

Produced by C V Kumar, the suspense thriller has few flaws. The story line although strong does not extend to a feature film. It would have been crisp if the plot was stuck to a short film. It does not keep the atmosphere engaging.

Loops holes in the screen play does make the audience relax in their seats. However, the momentum picks up in the second half. Rohin Venkatesan’s execution of the screenplay here is par excellence.

Adhe Kangal is about Varun (Kalaiyarasan), who has a contented life. He is a visually challenged chef, who runs a profitable restaurant. His world is small. His life revolves around his parents and his journalist friend Sadhana (Janani Iyer). He falls for Deepa (Sshivada) after they meet each other at his eatery. Deepa starts confiding in him and he learns about a debt issue in her family.
It is then that Varun meets with an accident. He gets his vision, but, Deepa goes missing.

After several unsuccessful attempts to find Deepa, Varun agrees to marry Sadhana. However, just days before the wedding, Varun meets Deepa’s dad, who says that the moneylender has kidnapped Deepa. Now does Varun saves Deepa or does he marry Sadhana forms the rest of the plot.

The technical aspect in the movie is pretty good. Cinematography by Ravivarman Neelamegam is worth mentioning. Ghibran’s music and background score is pretty good. At places the tracks are a bit childish, however, Ghibran has not failed.

Although one cannot expect comedy in a crime thriller, Rohin Venkatesan has brought in this aspect too. With the likes of Balasaravanan, the filmmaker has managed evoke laughter in the first half.

After a stunning performance in Kabali, Kalaiyarasan has once again proven his worth. His role as a blind chef is worth mentioning.

Sshivada Nair has made her presence well. The pretty actress who was just present in a few scenes, has taken a good dig at this opportunity. Janani Iyer looks pretty and lovely as ever. This genre is not new for her and she has matured much more than her previous roles.

Adhe Kangal is an engaging watch from the second half.