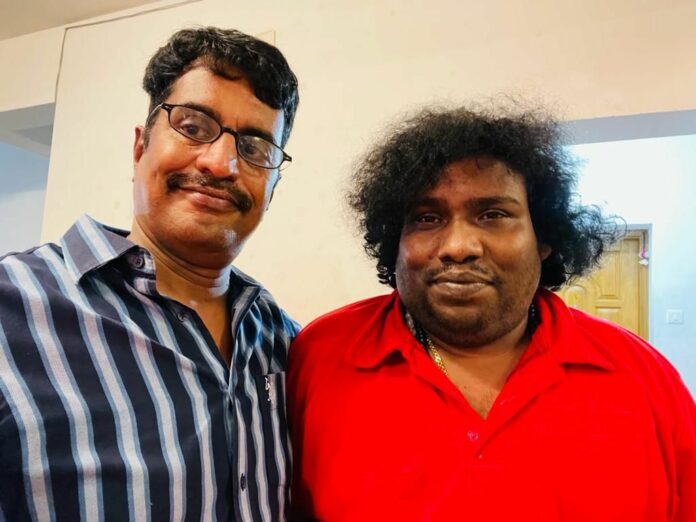 YogiBabu is potraying as Lord Shiva and playing the lead role.This is a time traveller film.The film will be in a different genre and it will be in the list of yogi babu’s well known films like Kolamavu Kokila,Gurkha,Dharma Prabhu,Mandela.The Audition for the female lead and other cast members is going on and the shoot is planned to start after the summer ends.

As YogiBabu is playing the role of Shiva,A shivan temple set will be erected at a cost of 50 lakhs in the ECR.

As the film is mainly focused on the dialogues ,Kabilan Vairamuthu has been roped as the lyricist and dialogue writer along with R.Kannan.As the story is about both shivan and time traveller, a famous mumbai based company is in talks for CG and Graphics work.Masala Pix is producing the film as thier 9th film.