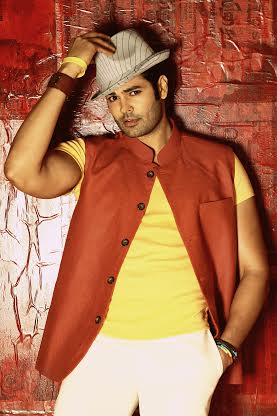 Actor Ganesh venkatram has been really busy from the start of 2014, juggling his dates between 4 films – 3 tamil and one hindi. So much so that he will be working non-stop right through his birthday on 20th march.

Just back from an adventure thrilled schedule of Director Jayam Raja’s film where ganesh teamed up with Jayam Ravi and Nayanthara as they indulged in white water rafting, rock rappelling and mountain climbing. Ganesh says “we shot in some beautiful locales up north – dehradoon, mussoorie, rishikesh and dhanolti. Cant wait to see it on screen. Ravi and Nayan are awesome to work with. “

After wrapping up the schedule for Jayam Raja’s film, the actor flew down south to Kodaikanal to shoot for “Achharam” where he plays the lead opposite poonam kaur. Achharam is a racy thriller directed by Mohan Krishna, associate of Radha Mohan where Ganesh sports two different looks in the film, one of them being a handle bar mustache.

Ganesh plans to celebrate his birthday on the sets with the entire crew in kodaikanal by cutting a giant chocolate cake.