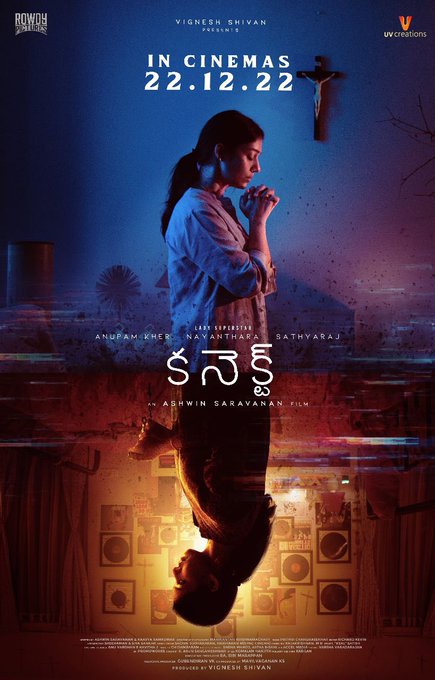 Nayanthara is known for doing content driven films. She is back at it again with Connect which is the first Tamil film without an intermission.

The latest news is that top production house UV Creations are on-board to present the film in Telugu.

UV Creations are the leading production and distribution house in Telugu cinema and they’re now set to give Connect a super wide release in Telugu.

Connect is a Horror- Thriller with a new age plot. The film is said to be an edge of the seat thriller and Nayanthara’s performance in the same is touted to be the mainstay.

The film is directed by Ashwin Saravanan and it has Anupam Kher, Nayanthara, Sathyaraj and others in the lead roles. Ashwin Saravan is already a reputed name as he delivered a blockbuster with Mayuri, featuring Nayanthara and also helmed another critically acclaimed film, Game Over with Tapsee. He is back with Connect now.

Vignesh Shivan is producing the film and it is being presented by UV Creations in Telugu. The film is set for theatrical release on the 22nd of this month.