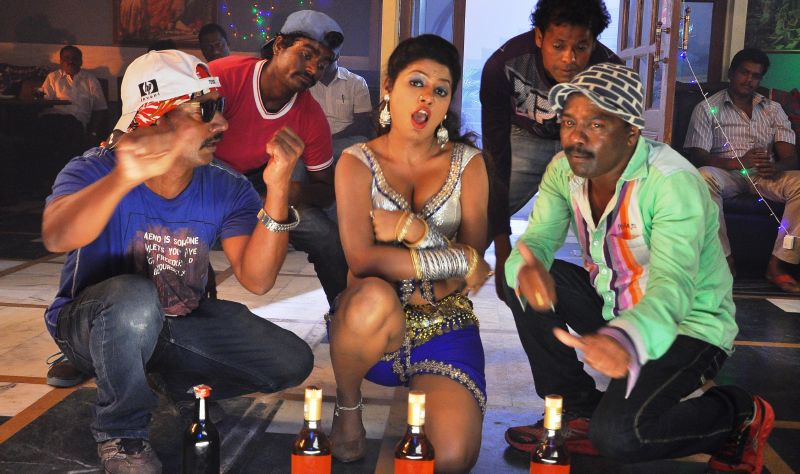 Horror stories are having its blast across the towns and now with many films of this genres turning to blockbusters spinners, here comes one with a much shuddering plot. Titled ‘Ullam Ullavarai’, the film centers on the revengeful girl ghost (Preethi) haunt a belle (Deepa) to seek revenge on the contract killers (Ashwin, Niyaamath Khan, Karate Sivavaanji) who killed her. The film also features producer Namakkal K Shanmugam in important role alongside an ensemble cast of comedians like Ganja Karuppu, Madhan Bob, Chitra Lakshmanan and few more.

Vishnu Haasan has handled story, screenplay and dialogues apart from helming this project. P.K.H Das (Cinematography), Satish Chakravarthy (Music) and few other prominent technicians have worked in this film. Major portion of the shooting has been done in Chennai, Pollachi, Rasi Puram and Bengaluru.