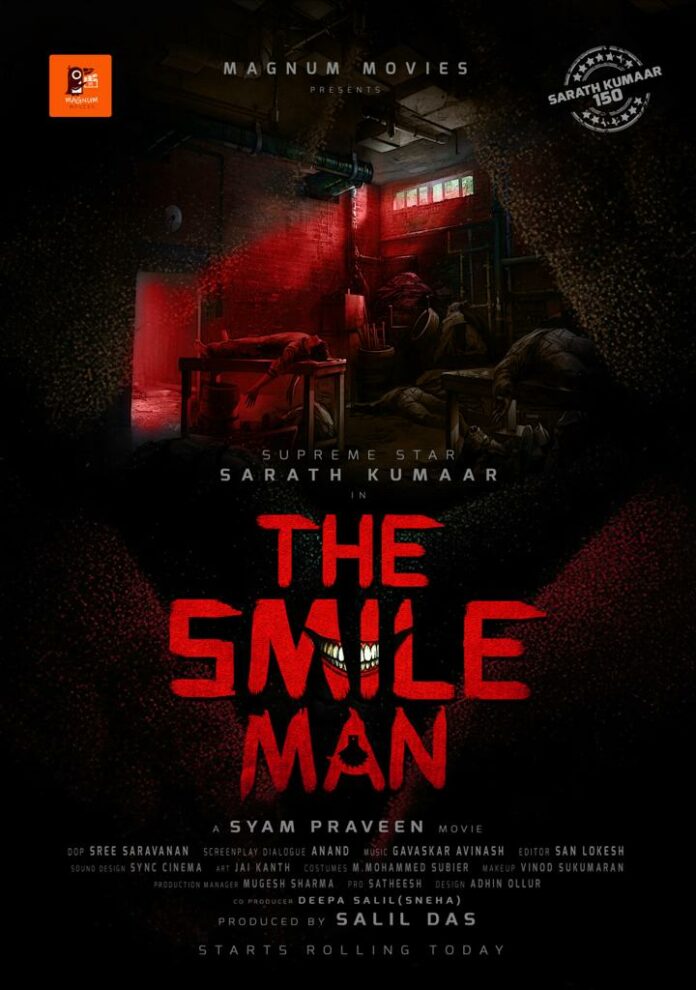 Supreme Star Sarathkumaar, who has captured the hearts of Pan-Indian audiences for his brilliant performances and magnificent screen presence, is now gearing up for his 150th film titled ‘THE SMILE MAN’. The movie is produced in grandeur by Salil Das of Magnum Movies and is directed by Syam-Praveen.

Actor Sarathkumaar has been one among the rarest breed of actors, who has managed to retain his stature as finest star in showbiz across the years in Tamil cinema with more successful hits. He is now stepping into his 150th movie that will be made at a big budget.

A retired ex-police officer affected with amnesia on the verge of losing his complete memories wants to crack a complicated case. The movie will be an out-and-out investigation thriller that is laced with engrossing screenplay.