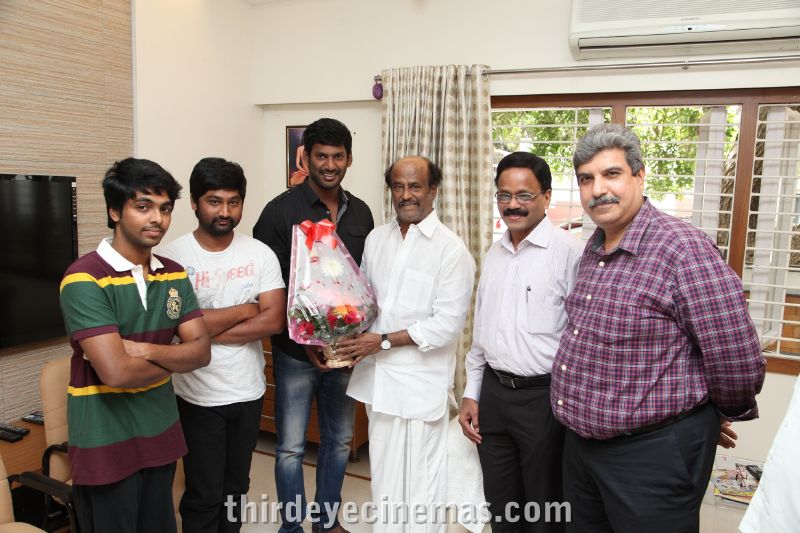 The Super Star was overwhelmed by the teaser of Naan Sigappu Manithan and film’s audio visuals. He wished the team luck for the film and complimented them for their outstanding work. After watching the film’s teaser, Super Star Rajinikanth was spellbound by the way the film had handled the issue of Narcolepsy. He was impressed by the music of the film, the outstanding voices of GV and Saindhavi and loved the colors, the choreography and Vishal’s dance movements in the song Yelelo. The cinematic picturization of the song ‘Idhayam Unnai Thaedudhey’ was also well appreciated by him and made him reminisce about DOP Richard who also worked with him in Sivaji. The super star applauded Lakshmi Menon’s work in ‘Idhayam Unnai …’ song and was pleased with her consistent string of hit films. He also mentioned that, Vishal is one such actor who encourages new concepts & directors and this attempt of his would definitely fetch him great success.

Super Star Rajinikanth admired Disney India’s studio team for their professionalism & well organized approach and expressed his eagerness to watch the film in his theater.

Naan Sigappu Manithan is scheduled for release in April 2014.