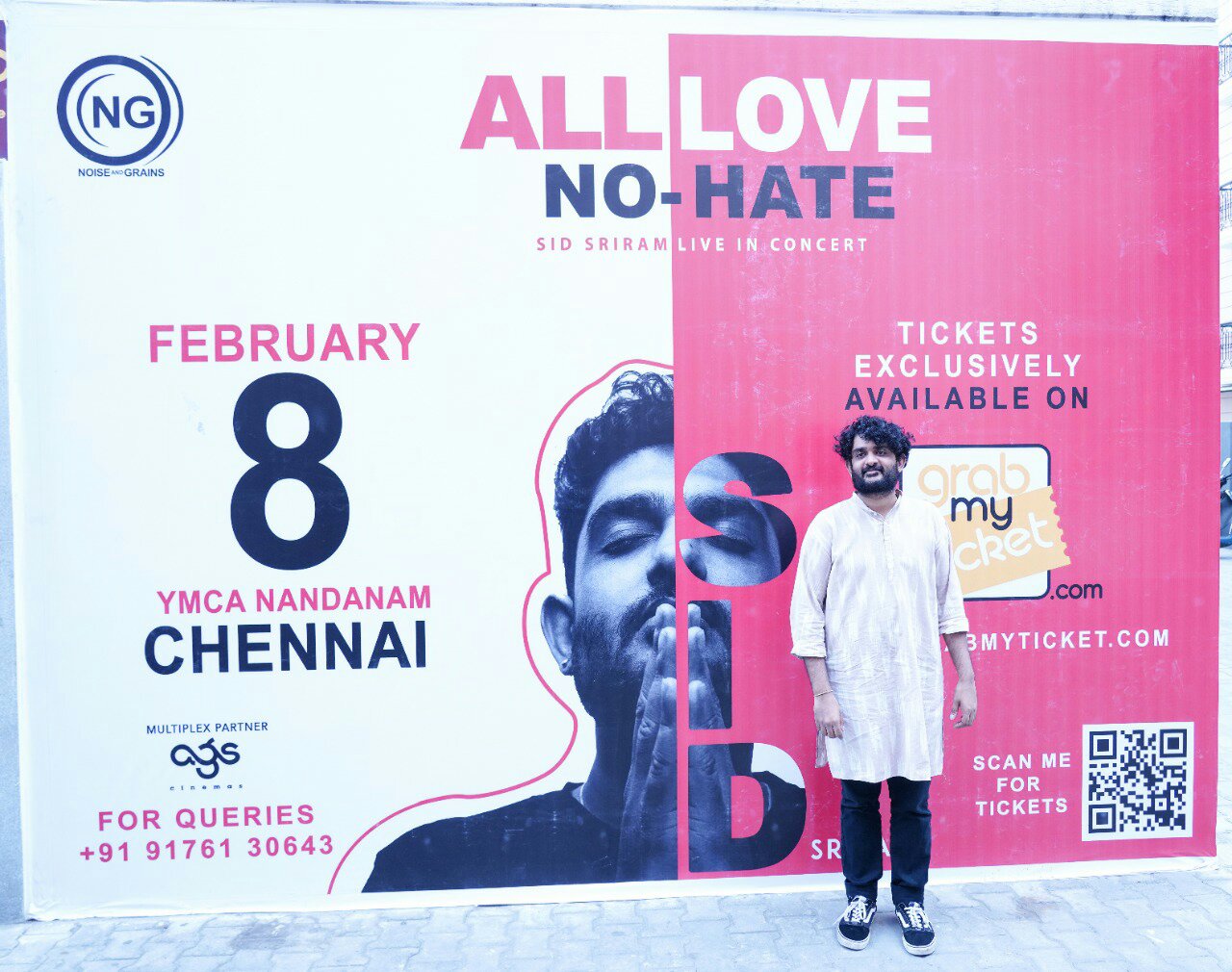 Playback Singer Sid Sriram, who made his singing debut in 2013 for the song ‘Adiye’ for the Tamil movie ‘Kadal’, has won many fans with his unique voice and eloquent delivery of the songs. He is all set to tour South India for the first time and will perform live. As the son of the soil, he will start this big concert tour from Chennai on 08 February 2020.

Noise and Grains is a production company headquartered in Chennai that is involved in creation, and production of live shows, reality shows and digital media content for the mainstream media and television channels. The company is renowned for hosting AR Rahman’s ‘Nenje Ezhu’ in India and Singapore, Ilayaraja’s ‘Iyayaraja 75′, ‘Anirudh Live’ in Singapore, Namma Ooru Hero with actor Vijay Sethupathi, Voice of Legends with ‘SP Balasubramaniam – Yesudas’ concert and ‘Madai Thirandhu’ concert series involving Andrea, Chinmayi, Hariharan, Srinivas, Vijay Prakash and many more.

The company is all set to host Sid Sriram’s ‘All Love No Hate’ – South India Music Tour, their next major concert. The event, which will kick off in Chennai on 08 February 2020, will be followed by Cochin on 23 February, Madurai on 07 March and Bangalore on 13 March.

Ticket sales for the upcoming Chennai concert on 08 February, scheduled at the Nandanam YMCA Stadium in Chennai is already open.