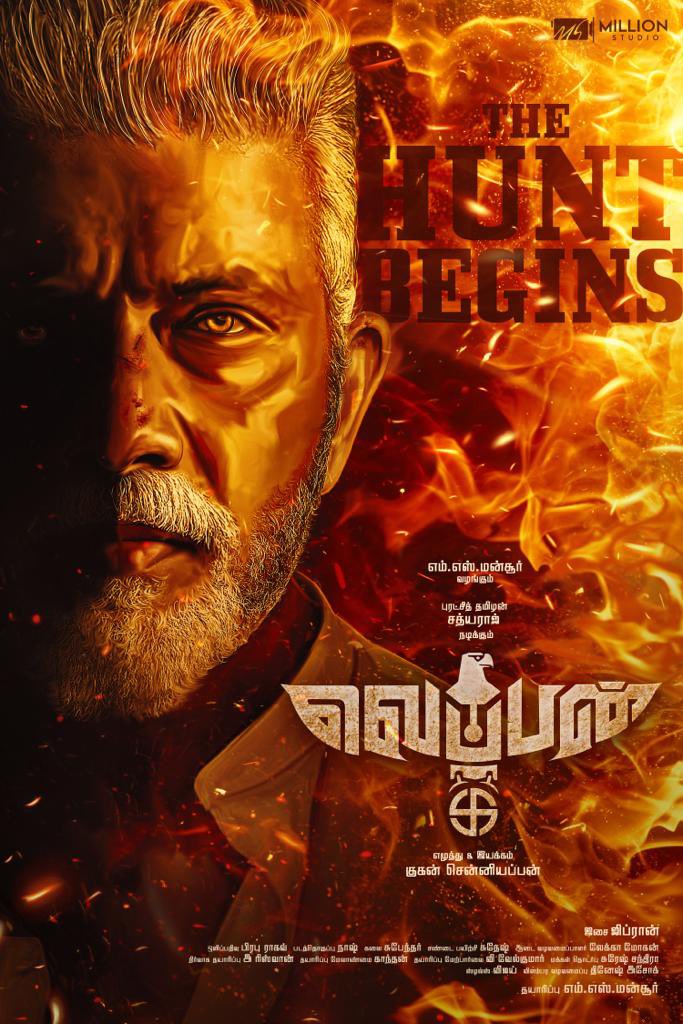 Actor Sathyaraj has received the stature of a Pan-Indian star for his diversified roles in various regional movies. While the lineup of this actor looks so promising with many projects scheduled at different stages of production, he has now signed a new project titled ‘Weapon’. The film also features Vasanth Ravi as the other lead character, who has acted in films Tharamani & Rocky, also doing an important role in Rajinikanth starrer ‘Jailer’. This film, which is a suspense action-thriller, is scheduled to be shot across the exotic locales of Chennai and hill stations. The film is produced by MS Manzoor of Million Studio and is directed by Guhan Senniappan. The details about others in the star cast will be revealed soon. Ghibran is composing music for this movie, and Prabhu Rhagav is handling the cinematography. Nash (Editing), Subendar (Art), Sudesh (Action Choreography), Lekha Mohan(Costume Designer), A Rizwan (Executive Producer), Kaanthan (Production Controller), and Dhinesh Ashok (Publicity Designer) are the other technicians in the project.

The title look of ‘Weapon’ is getting revealed on October 3 for the occasion of Sathyaraj’s birthday.