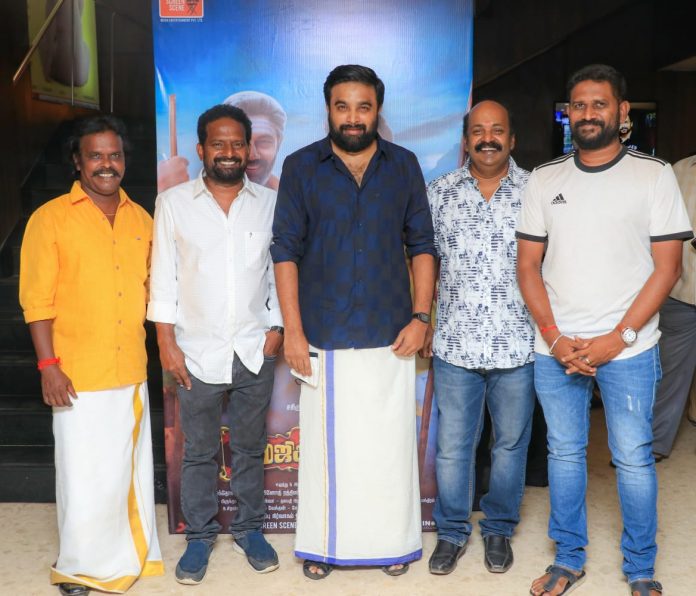 Director Ponram, who made sure that his ventures Varuthapadatha Vaalibar Sangam, Rajini Murugan and Seema Raja won the hearts of all sections of the audience from children to youth to women to elders, is back with MGR Magan, in which he guarantees ‘100 entertainment’.

Says an energetic Ponram, “How a father and son who are not in talking terms with each other due to a small issue reunite forms the crux of the movie. Sathyaraj plays the father and Sasikumar his son. Saranya Ponvannan does the mother role, while Samuthirakani will be seen as the maternal uncle.

Sathyaraj plays M G Ramasamy, a village doctor. He is called as MGR by all. Sasikumar’s character name is Anbalippu Ravi. Anupriya (Mirnalini Ravi) comes to MGR for the treatment of her father. How she enters into the fight of the dad-son has been narrated in interesting manner. The character name of Samuthirakani is Agni and he appears in half trousers throughout the film.”

While 50 per cent occupancy has been allowed in theatres, we guarantee 100 per cent entertainment with MGR Magan. The film has been loaded with family sentiment, humour and other entertaining elements. I am sure the movie will impress the audience, says Ponram.