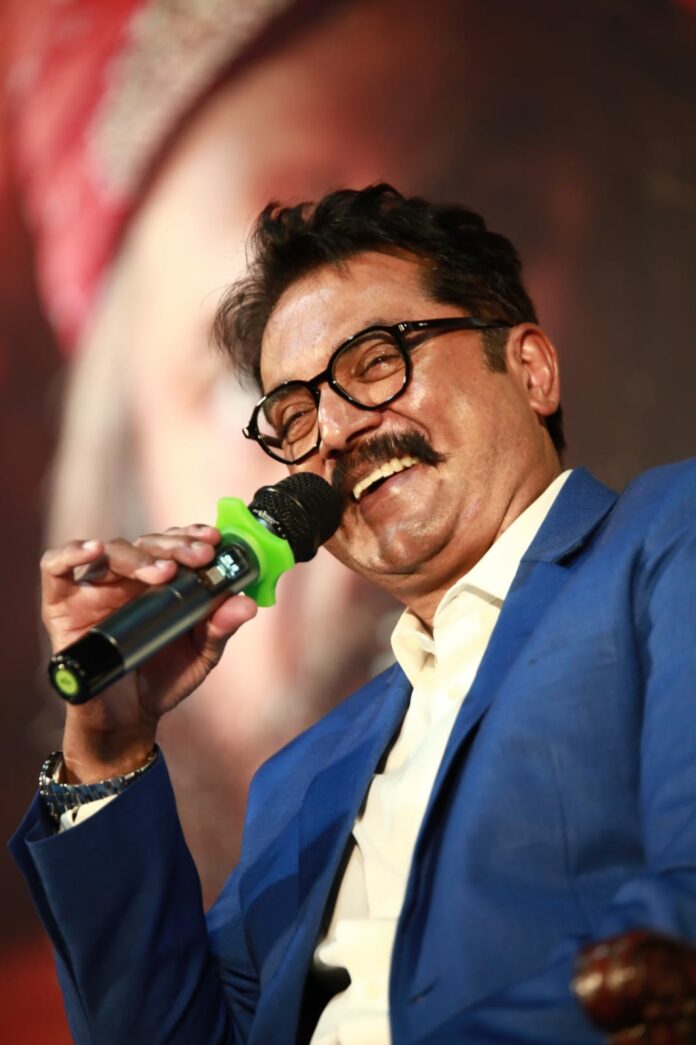 Filmmaker Mani Ratnam, one of the most-celebrated filmmakers in Indian film industry, has created the epic ‘Ponniyin Selvan’ with an ensemble star-cast. With the movie all set for worldwide theatrical release on September 30, 2022, actor Sarath Kumar, who plays the role of Periya Pazhavettaraiyar, met and interacted with the press and media fraternity today.

Here are the excerpts from the event

“Ponniyin Selvan has been the most desired film adaptation of many iconic filmmakers, producers and actors of Tamil film industry across the decades. However, facing so many challenges, both Mani Ratnam and Lyca Productions have visually translated this epic book for the big screens. If adapting the entire novel, it will run in many parts. Hence, Mani Ratnam has tweaked the epic book without missing major events and has created an excellent film output. Periya Pazhuvettaraiyar is the most important and powerful character in Ponniyin Selvan, where he has been protector of Chola Dynasty, and has been submissive towards them. At the same time, he has multiple dimensions of becoming a slave without his knowledge to Nandini’s evil plans. I thank Mani Ratnam sir for choosing me to play this character. It’s been a great delighting experience working with Mani Ratnam sir. I believe, all of us have performed up to his expectations in this movie. Hereafter, those reading Ponniyin Selvan novel will keep our image in their minds for the respective characters we have played.

Those unaware about Cholas will be enlightened watching this movie. Their feat of achievements and glorious contribution towards the humankind will be exhibited throughout this movie. In future, those who would like to know about the Chola Kingdom will be educated through this movie. Hereafter, the foreigners who visit Taj Mahal should start visiting the Thanjavur Brihadeeswarar Temple as well. I thank both Lyca Productions and Madras Talkies for their mammoth efforts in materializing this project.

Periya Pazhuvettaraiyar is a valorous man with 64 war scars on his body. While reading the Ponniyin Selvan book, I was excited to know who would be playing this role, and was glad that I got an opportunity to perform it. I am not sure who all aspired and desired to play this character. It is great to know that actor Rajinikanth also wanted to perform this character, and he would have nailed it perfectly with his performance. Many have been asking about me playing negative roles in the movies. According to me, protagonist, antagonist, father, brother – all are characters, which becomes 100% perfect with the dedication and contribution of actors. An actor will be regarded proficient, if he/she is able to deliver good performances in any given role. Currently, I am working in 21 movies that includes the hero, villain and strong characters as well. I request everyone to support me and my movies as you have been doing for years.”