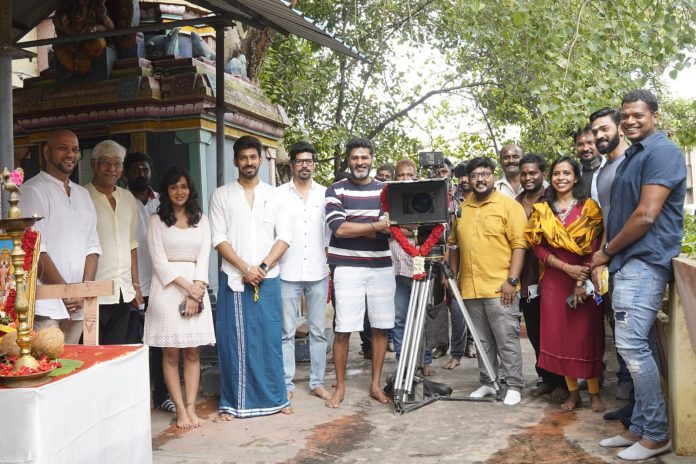 Actor, director Santhosh P Jayakumar’s next film has commenced with a pooja

Work on the film, which features actor Prabhu Deva in the lead, began with a simple pooja in Chennai today.

Directed by Santhosh P Jayakumar, who has directed films like Hara Hara Mahadevaki, Iruttu Araiyil Murattu Kuthu, Ghajinikanth and Irandam Kuthu, this untitled film will be an action entertainer and will feature actresses Varalakshmi Sarathkumar and Raiza Wilson as the female leads.

Cinematography will be by Ballu and music for the film will be by D Imman.

This untitled film, being made on a lavish scale, is being produced by S Vinothkumar on behalf of Mini Studio.