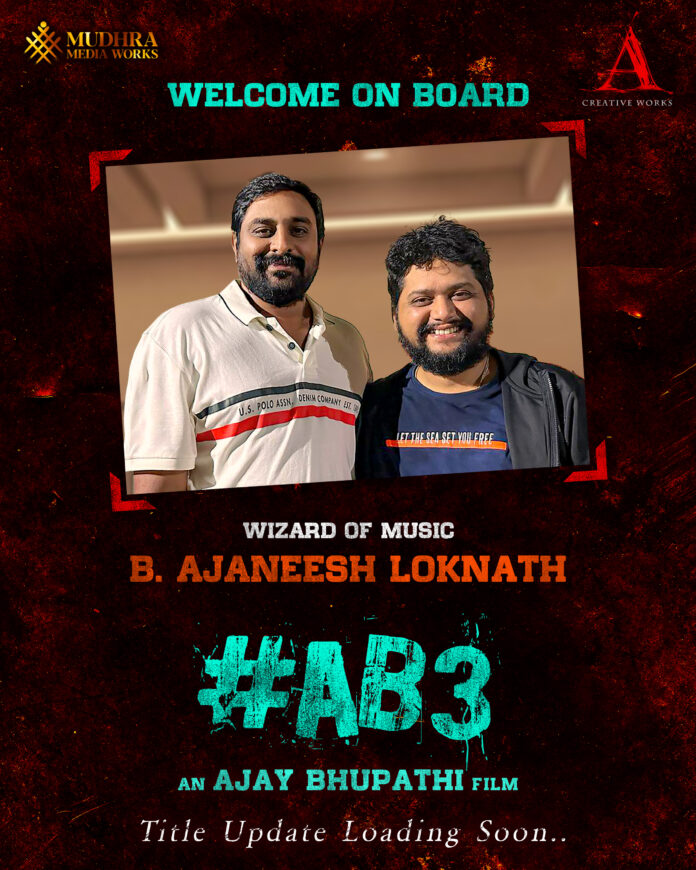 ‘RX 100’ (2018) is a tale remembered for its twist and other unexpected elements. Director Ajay Bhupathi came to be seen as a maverick with a difference after that movie. The filmmaker’s third film is all set to be produced on his new banner, A Creative Works, which was launched recently. Ajay Bhupathi has collaborated with Mudhra Media Works for the project.

The director of this new-age genre film is glad to make an exciting announcement. He has collaborated with one of the most happening and gold-standard music composers in the country: B Ajaneesh Loknath. The composer needs no introduction. ‘Kantara’ and ‘Vikrant Rona’ have consolidated his image. The films featured some of the biggest musical hits. If ‘Varaha Roopam’ was transcendental, ‘Ra Ra Rakkamma’ radiated amazing creativity.

Ajaneesh wants to deliver a sumptuous musical output with director Ajay Bhupathi. Surely, the director’s inputs are going to take their next film together to the next level.

A Creative Works and Mudhra Media Works are going to make this film into a high-end, rich and entertaining film.