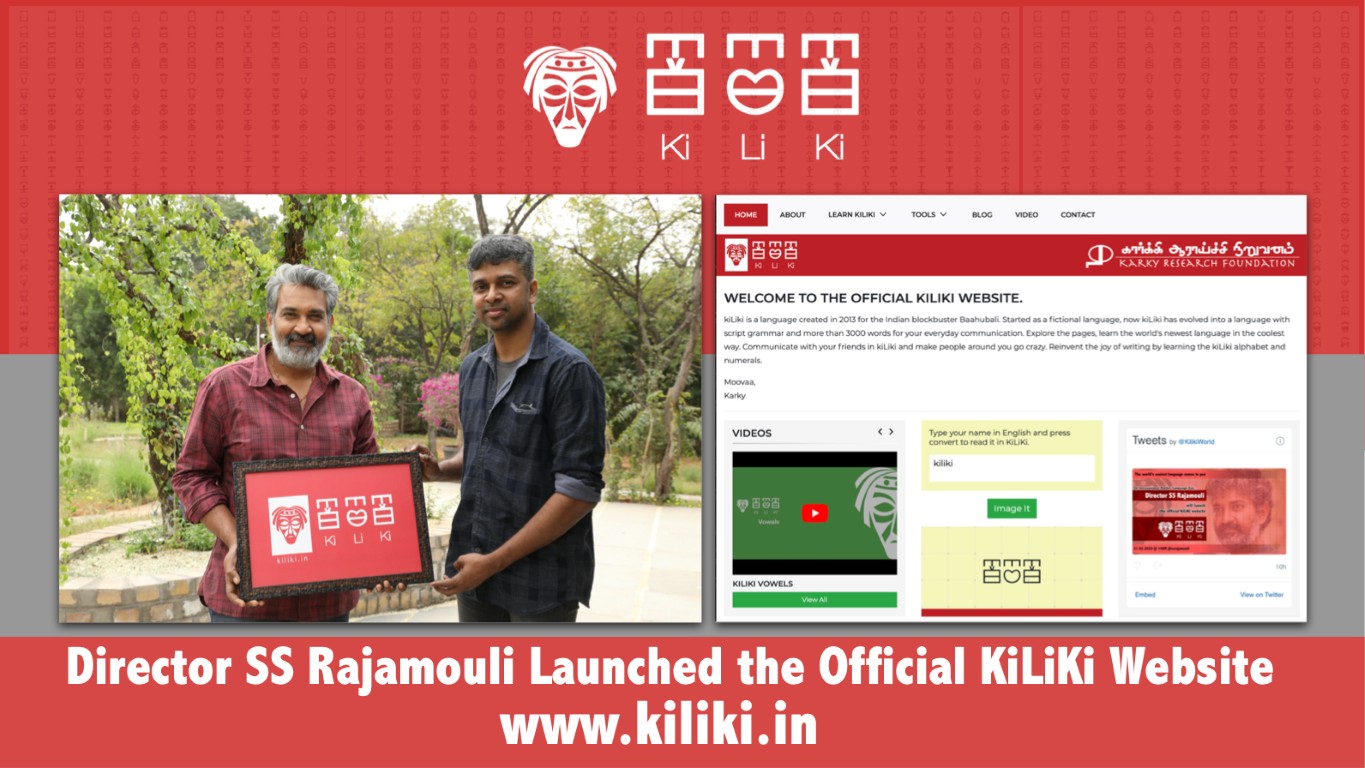 A language beyond caste, race, religion and borders to unite the world.


The Kiliki language spoken by Kaalakeya tribes in Director Rajamouli’s Baahubali received appreciation from all around the world. This fictional language was created by Madhan Karky for the project. Director Rajamouli introduced the language on February 21st, World Mother Language Day. He launched a website designed by Karky Research Foundation and LIFO teams.

Kiliki numerals and alphabet designed by Madhan Karky will be introduced in the site released by Director SS Rajamouli. The language is being introduced with the  tag ‘The world’s easiest language to learn’. The site contains a 3000 word English-Kiliki-English diictionary, a tool to convert one’s name in Kiliki, videos to learn the language, three Kiliki fonts to install in desktops, games to help build Kiliki vocabulary and a transliteration tool to convert to and from Kiliki to other Indian languages.

The written form of Kiliki took shape after  extensive research on world written forms. The site claims that the numerals of this language can be learned in under 2 minutes and that the entire alphabet can be learned in 60 minutes. To learn English alphabet, one has to learn to recognize 52 lower case and upper case symbols. To learn Kiliki aphabet, one has to recognize only 22 easy-to-recall symbols. The videos in the site will help a learner to recognize these symbols and pronunciation  of all vowels, consonants and special click sounds.

The team is planning to release new songs, comics, and grammar books soon. Karky Research Foundation is also working towards creating job opportunities for those who learn Kiliki and hopes that the Kiliki language will spread across, connecting the world as one beyond the barriers of caste, religion, race or country. Those who wish to learn the language can now visit www.kiliki.in and learn the language free of cost.