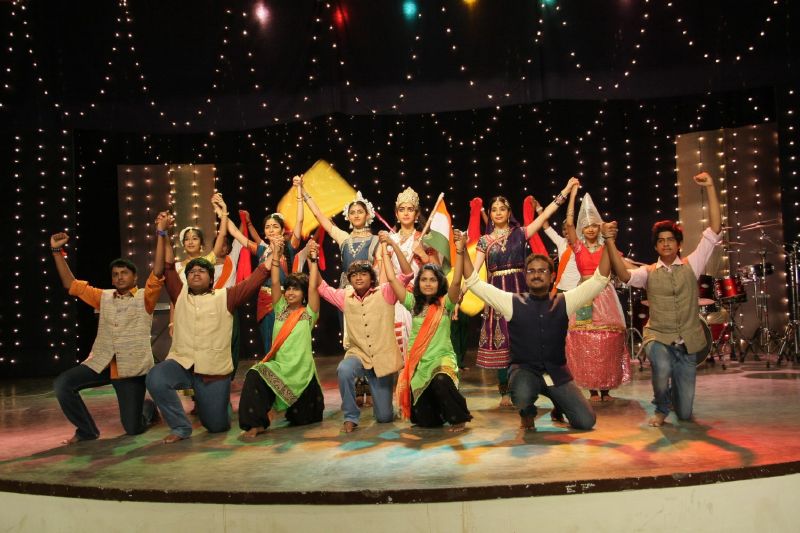 SRI TEJU FILMS
PUTHIATHOR ULAGAM SEIVOM
The world of celluloid is not merely a fascinating ephemeral fatal attraction but sometimes can carry long lasting impact in the society. It can at least try to change the attitude of people and wean them away from the cancerous maladies that beset our system. One such film, a rarity in this world of make belief is produced by “Sri Teju Films”. One liner is that it is the story of three children aged between 12 and 14 trying to correct the wrong ways of the father knowing that all the scum in the society are happening in their own home.
Most attractive and innovative feature in the making of this film by M.S Jaikumar and K.N.Suryakala on behalf of Sri Teju Films is to introduce the children who became famous as singers in a TV reality show, along with many others who are not professional actors. Aajeedh, Anu, Yazhini, Suryeswar take the leading role along with Banuprakash, Bharat Kalyan, Subha, Rekha Suresh, Sandhya Prasath, Rajeshwari Patti, Alagates Alagesan, Santhosh Balaji, Narayanan,Sanjay Shankar , Ganesh of Kamala Theatre, and with Imaan Annachi. The story, dialogue and screen play treatment is from K.S.Nagarajan Raja. Music score is from Mr. Pravin Saivi and camera by Balaji Renga and Viswanathan.
Cutting cost and luxury expenses, the shooting was done in and around greater Chennai. The sound track and music are complete and the melodious songs are released at Kamala Theatre on 13th July 2014. It is abundantly clear and very sure that the soul stirring music is going to capture the hearts of the mass and enkindle their souls.


no images were found