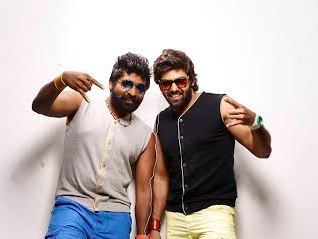 ‘Purampokku’ actually means No Man’s Land (i.e. Public property). Landmark casting , script that travels beyond land boundaries are the hallmark of this film ‘Purampokku’. The biggest and the longest 45 days schedule of this film commenced in Chennai today at Binny Mills. A huge set that will make the original Prisons shy away in comparison was erected in the out skirts of Chennai and film enthusiasts firmly believe that this set would be marked along with the famous sets of ‘Chandralekha’ the film that attracted massive and tall attention. Director S.P.Jhananathan very familiar with scripts that attract global attention literally left no stone un turned to make the sets look monumental with the creative brain and hands of art director Selvaumar, a man who had built an empire against his name in terms of creativity. Cinematographer Ekambaram is canning the grand sets and the action with huge cast beautifully. The great walls were made livelier with the presence of more than six hundred junior artistes . Arya and Shaam have been venting their screen emotions for what could be the light house of the film from today and Vijay Sethupathi and Karthika joining from next week. UTV motion pictures never hesitant in scaling the walls in search of quality and grandeur consider ‘Purampokku’ as a film that will ensure land sliding victory here, there and every where.

UTV is planning to invite the media friends for a get together with the cast & crew at the grand set in August. During that time, the media shall be taken through a visit to the entire set to see for themselves the grand work done.