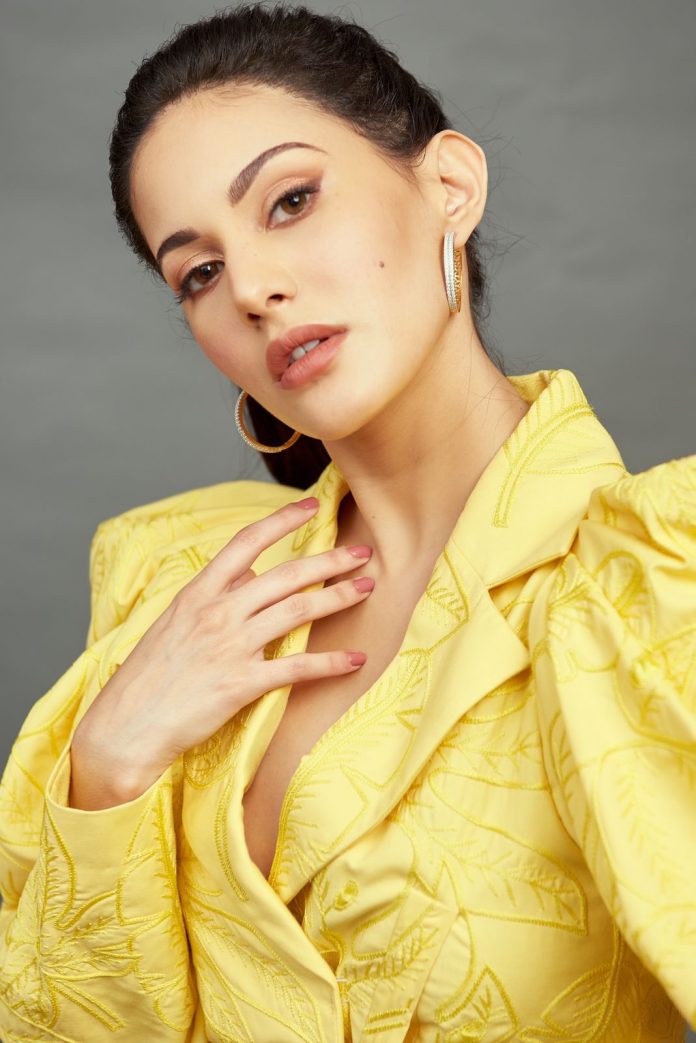 Prabhudeva and director of Bagheera, Adhik Ravichandran are all praises for the talented actor, Amyra Dastur !

When a pretty girl like Amyra Dastur, receives praises galore from icons like Prabhudeva and the director of her next Tamil mass entertainer, Bagheera, Adhik Ravichandran, you know it is indeed a feat like no other!
Amyra stars in the film Bagheera opposite Prabhudeva and was naturally nervous to shoot alongside the icon who is revered across the globe as one of India’s biggest stars. Therefore, the fact that she received so many compliments from both the director Adhik and Prabhudeva who hailed her performance as exemplary, is truly a feather in her already illustrious hat.

Speaking on the same, Adhik, said that, “Amyra Dastur, the lead in the film, has given her best to this role, even though she did not know the language. Her scenes with master (Prabhudeva) where she had to cry and emote a lot are soul stirring. She will most definitely go places.”

There was a huge press meet today for the trailer launch of this mass thriller in Chennai and the trailer is expected to go online this evening.