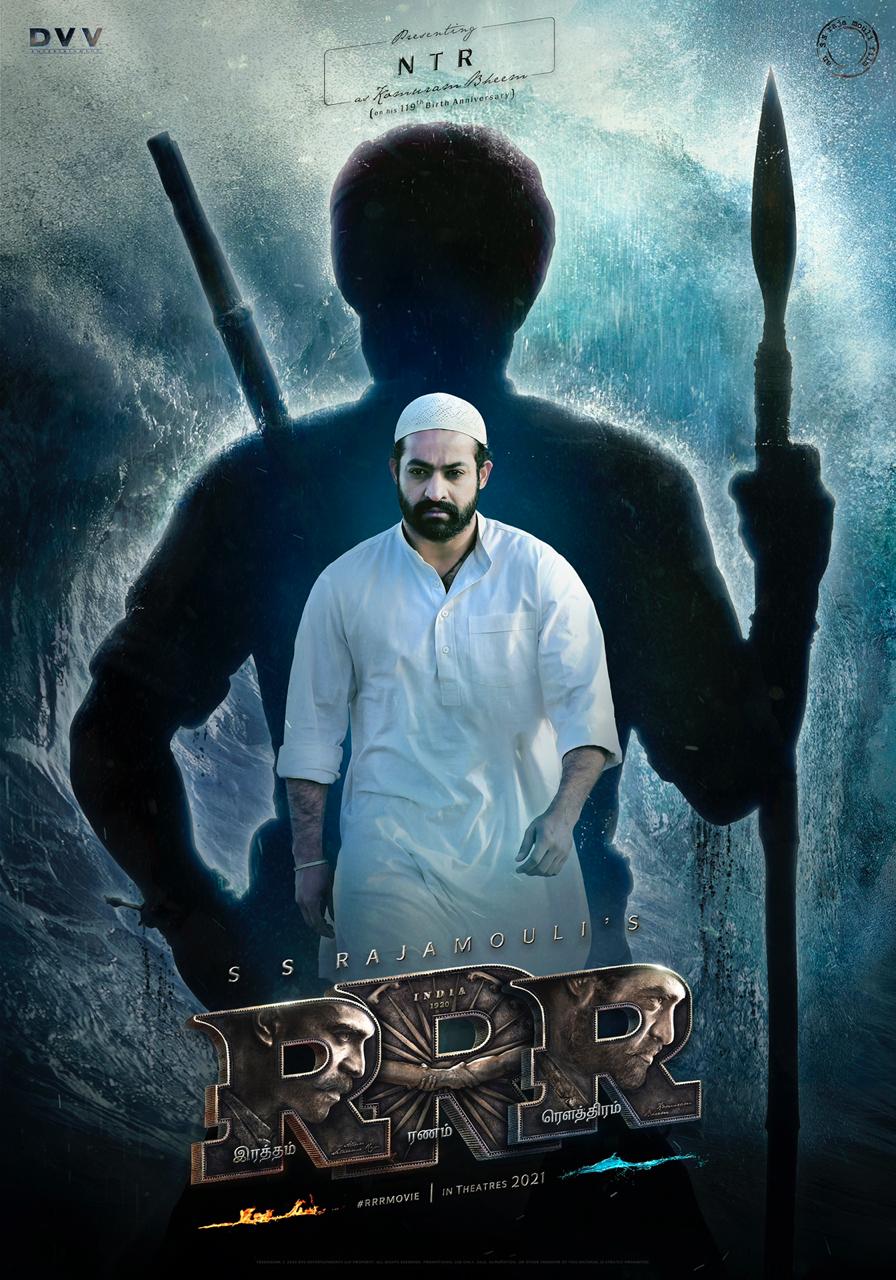 India’s most celebrated filmmaker is back with a bang. After giving the audience a reason to rejoice with the hugely appreciated glimpse of actor Ram Charan as Ramaraju, director Rajamouli and the team of RRR released the first sneak peek into NTR’s avatar as Bheem and the response, as expected has been astounding.

Released earlier today, the visuals have left the audience in awe with NTR’s look, which is the most different and poweful he has ever been seen in.

Director Rajamouli is presently shooting in Hyderabad with Ram Charan and NTR. After taking a very long break that was majorly forced by the pandemic that hit the entire world, the film’s team got back to the sets with all necessary precautions in place.

Alia Bhatt, who plays a female lead in the film will join the sets in November. The rest of the cast, including Ajay Devgn and Olivia Morris will join in the upcoming schedules, the details of which will be unveiled soon.

All set for a 2021 release, RRR is India’s biggest film and has a star cast that pans across languages. The film is set to be released in Telugu, Hindi, Tamil, Malayalam and Kannada amongst many other Indian languages.

RRR is a massive production that is being made on budget of Rs 450 crore. The film is a fictional story of celebrated freedom fighters Alluri Seetha Rama Raju and Komaram Bheem.