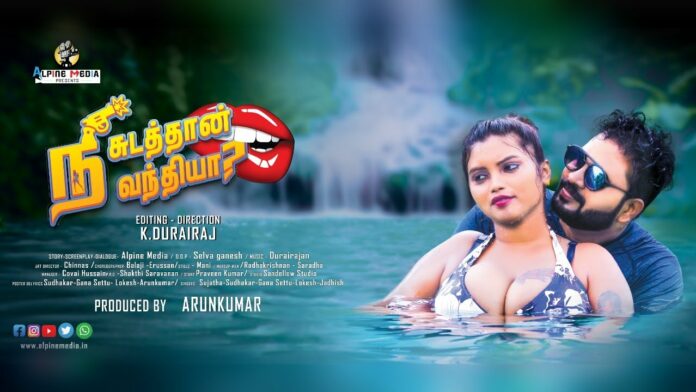 TikTok fame Elakkiya is playing the lead role in a suspense-thriller movie titled ‘Nee Sudathaan Vandhiya’. The film is directed by K Durairaj and is produced by Arun Kumar of Alpine media, who has played the lead role in this movie as well. The film is all set for worldwide release in January 2022. Initially, the official announcement was made that the film will be hitting screens on December 31, 2022, but due to the heavy skew of releases during this month, the makers have decided to postpone the release date. Usually, the small budget movies get eclipsed by the arrival of big tickets, and the makers have henceforth decided to push the release to next month.

Actor-Producer Arun Kumar says, “We expected at least 150 screens, but unfortunately were allotted with scanty counts. The film has shaped up very well with the commercial ingredients, and we wanted to make sure it has a good release. Henceforth, we decided to go for the January 2022 release.” He continues to add, “Cinema might look like an easy business from outside world, but it’s completely a contrastive situation, which can be experienced only if we are into it. In particular, I had experienced the hurdles and challenges in acting while working in Nee Sudathan Vanthiya. I have always been passionate about cinema and acting, but was reluctant, if I could excel. Apparently, I underwent training at Koothu Pattarai under the mentoring of Ponmudi master before kick-starting my acting career. Director Durairaj instilled in me, a huge lease of confidence, which encouraged me to give my best into the acting. The film has 5 songs among which 3 of them features me and Elakkiya. She is already a famous celebrity due to her storming TikTok videos, and I am glad to introduce her in the film industry with this film.”

Adding more about the film, Arun Kumar says, “This is a romantic sentimental film laced with suspense and thriller elements. I got myself educated a lot about the production during this project. I am completely in awe of every producer with the way; they face challenges and hurdles in creating and releasing a movie.  NSV is a big-budgeted movie, and we have made it with the perfect formula of commercial ingredients. We have made use of expensive and high-end cameras like Red Dragon and Aari along with lots of best technical equipment that are used for big movies. I am confident that fans will have lots of to enjoy with this film.”