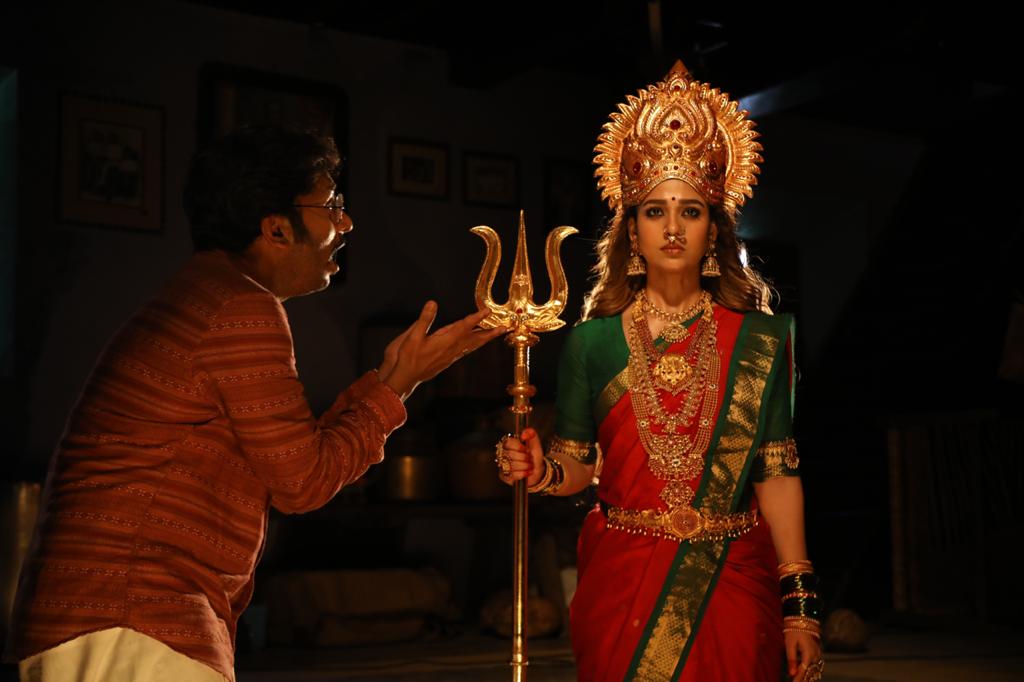 Mookuthi Amman Climax with an unbelievable and impossible element

Lady Superstar Nayanthara starrer Mookuthi Amman has become the top preference on the watch list of every buff. With the film gearing up for worldwide premiere on Disney+ Hotstar for this festive occasion of Diwali, here is an interesting fact about the film’s climax.

The climax of Mookuthi Amman will be one of the greatest highlights in the film as it is shot with 7500 people. It was a challenging task for the whole crew and filmmakers RJ Balaji-NJ Saravanan duo together along with the directorial team had to render phenomenal efforts to accomplish this task of completing the shoot with crowds in a limited period.

And guess what? The team managed to complete the shooting in just one day with this remarkable count of people. With the current situation of pandemic still prevailing, it looks nowhere close to the possibility of shooting any films with big crowds for now. The crew feels elated that they were able to complete this part of the shoot before the pandemic crisis had popped up.

Mookuthi Amman is premiering on Disney+ Hotstar from November 14, 2020, onwards for the festive occasion of Diwali.