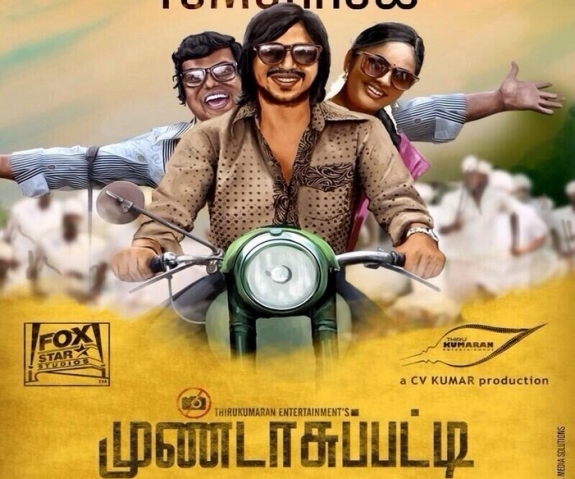 Mundasupatti songs released today
The audio of Mundasupatti, composed by Sean Roldan, was
launched today. The film is written and directed by debutant Ram Kumar.
Thin Music has bagged the audio rights of Mundasupatti and its songs were on a leading FM channel, with the cast and crew of the movie taking part in the programme.
Mundasupatti has been jointly produced by Fox Star Studios and C V Kumar’s Thirukumaran Entertainment. The film is expected to hit the screens soon.