Madhuri Dixit launches the trailer of “Guns of Banaras” 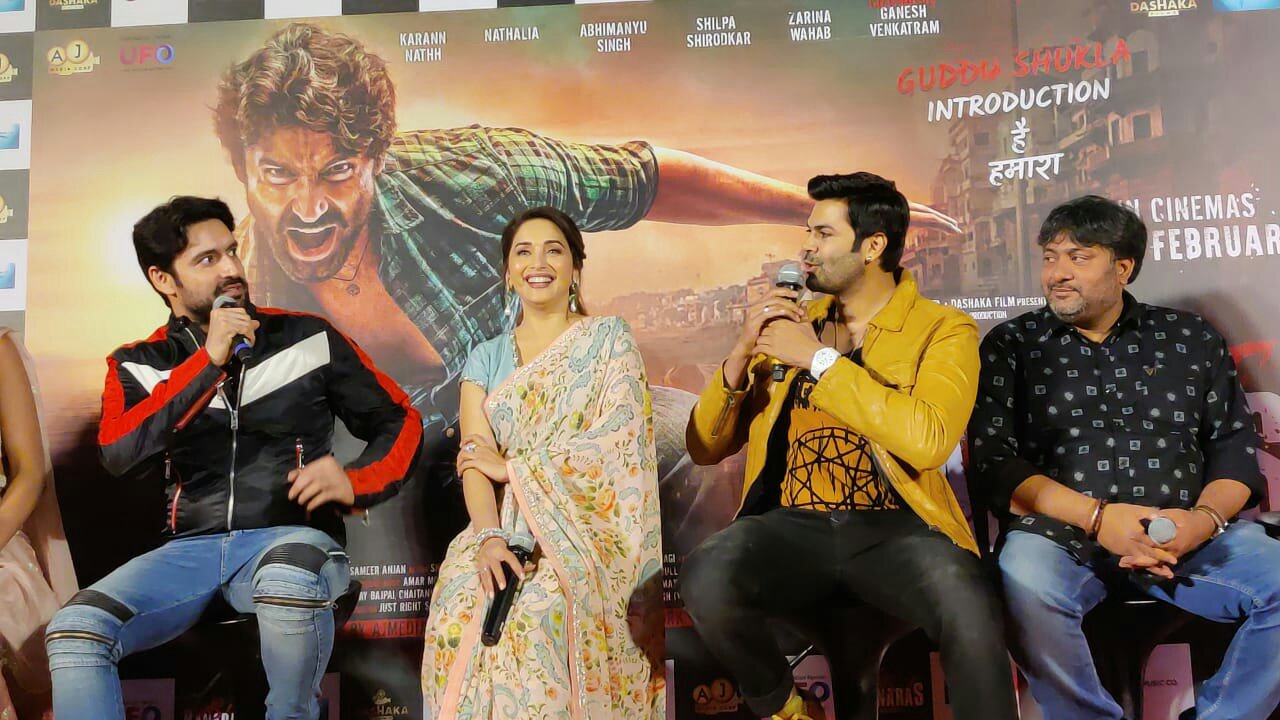 Actor Ganesh Venkatram, will be making his Bollywood debut with the film “Guns of Banaras” whose trailer was launched recently in Mumbai by Bollywood heart throb Madhuri Dixit

Ganesh who plays the antagonist role of Vikram Singh – a cocaine snorting, power hungry gangster from Benares says that he needed to undergo a major transformation for this Role and it will surely be his meanest yet.

The Actor thanked Madhuri Dixit blushingly saying – ‘When ur eternal childhood crush, launches ur debut film trailer a day before Valentine’s Day it is the the PERFECT VALENTINE’S GIFT’

Madhuri Dixit praised the raw and real action stunts in the trailer and lauded the efforts of the actors Karan nath, who plays the lead and Ganesh for their intense potrayals. Renowned action choreographer Shyam Kaushal known for his work in ‘Gangs of Wasseypur’ spoke about how he choreographed absolutely raw fights with the two new comers and appreciated their full involvement with their characters. The other actors in the film include – Nathalia Kaur, Late Mr Vinod Khanna, Abhimanyu Singh, Shilpa Shirodkar & Mohan Agashe.

Directed by Shekhar Suri & produced by Shainna nath, “Guns of Banaras” will release all over on Feb 28 !

In the meantime, what’s keeping Ganesh on his toes is his next Tamil film with actor-director Yugi Sethu. “We have wrapped up 80 percent of the shoot and I think we should complete the entire portions by mid-March. It’s a different kind of film; you could call it a supernatural thriller or a gothic film. It will keep you on the edge of your seats with the right dose of emotions. It is largely shot in & around London .

Ganesh is simultaneously shooting for his upcoming Telugu commercial entertainer, Dhaadi, in Hyderabad. “I play an actor in the film. I have teamed up with Srikanth, who plays a journalist. How two guys from different backgrounds come together to solve a social issue is the plot of the film,” he says.