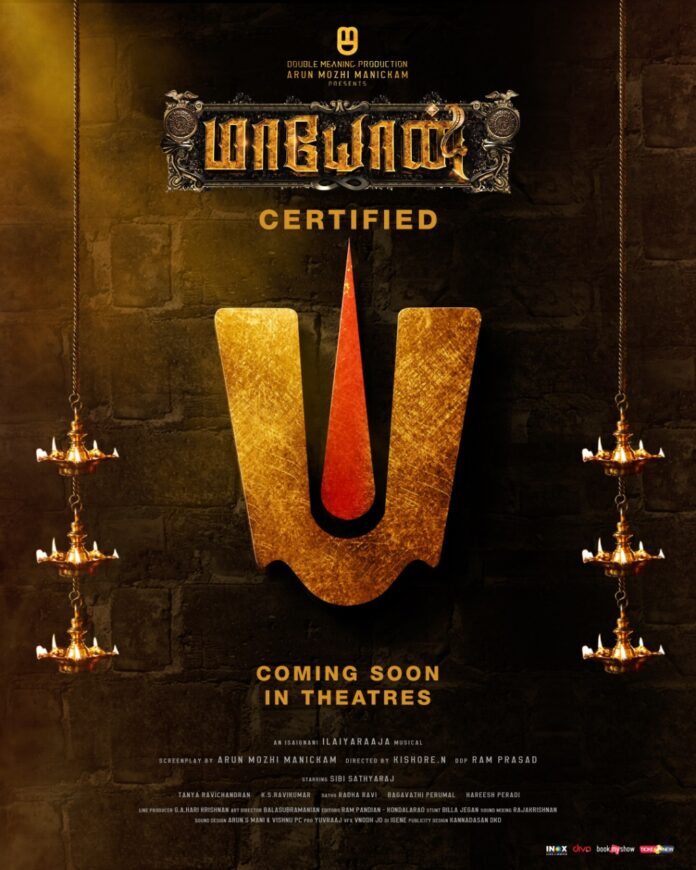 Double Meaning Production Arun Mozhi Manickam, who has been churning out content-driven movies, is all set to endow movie buffs with yet another appealing flick titled ‘Maayon’.

Following the film’s teaser premiere, it has sparked a lot of interest due to its intriguing mythological theme, which has been followed by the release of two mesmerizing tunes that have already received a good response and have raised expectations. The Maayon’s “U” rating is in stark contrast to the production’s previous box-office triumph, “Psycho,” which was rated “A.” The team expressed their gratitude to the CBFC for its no-cuts certification, which is unusual nowadays.

Maayon is a mythological thriller starring Sibi Sathyaraj and Tanya Ravichandran in the lead, is set against the backdrop of an ancient temple. The screenplay, written by producer Arun Mozhi Manickam, and Maestro Isaignani Ilaiyaraaja has composed the musical score for the Divine songs.

While the producers are pleased that Maayon received a ‘U’ certificate, the formal announcement regarding the worldwide theatrical release will be forthcoming.