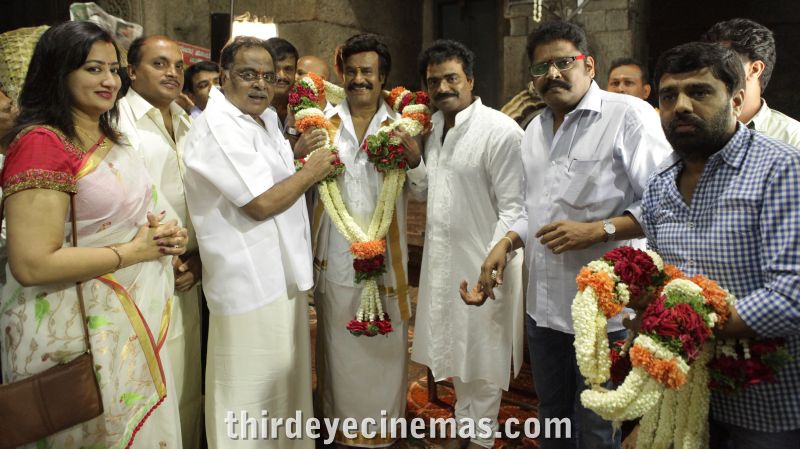 Lingaa goes on floors
After Kochadaiiyaan, Rajnikanth kickstarted his next venture that has been titled Lingaa. The movie produced by Rockline Venkatesh has Bollywood actress Sonakshi Sinha and Anushka Shetty essay the role of heroines. Music is by A R Rahman.
The movie went on floors witha pooja at Mysore Sri Chamundeeswari temple. Actor and Rajni’s friend Ambareesh and Sumalatha Amabreesh were also present.,
Meanwhile Kochadaiiyan starring Rajnikanth is slated for release on 9 May.