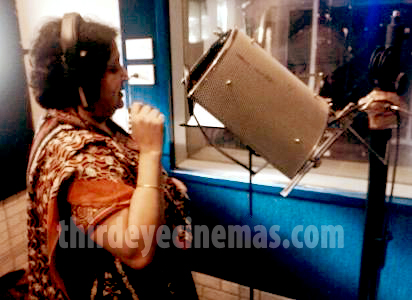 Latha Rajinikanth’s song for Superstar
One of the highlights of the music album of ‘Kochadaiyaan’, which is
to be released on March 9, will be a song crooned by Latha
Rajinikanth.
“Appa loved very much the song sung by Amma,” says the film’s director
Soundarya Ashwin Rajinikanth, while talking about the song ‘Manapennin Sathiyam…’
It is to be noted that Latha had crooned for movies like ‘Tik Tik Tik’
and ‘Anbulla Rajinikanth’ in the 1980s. She has produced music albums
too in the past.
“My mother is a very talented singer. Singing is her passion. She has
sung the song in the Telugu version of Kochadaiyaan too,” Soundarya
adds.