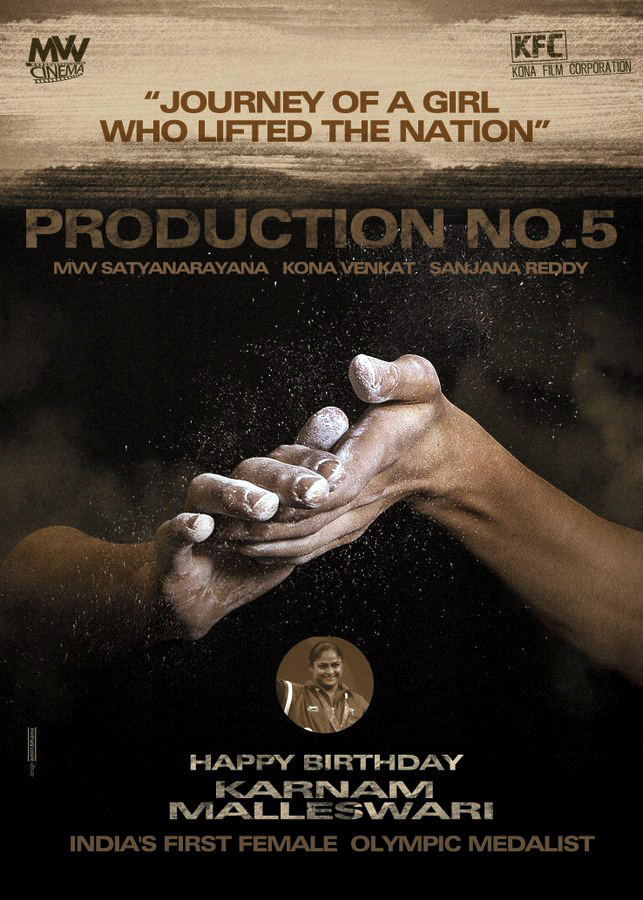 Biopics have become a trend in Indian cinema.  Filmmakers are telling the stories of accomplished men and women from the fields of politics, cinema, sports, and other walks of life.  Besides those that we have already seen, quite a few other biopic projects are in talks.  In this scenario, here is an exciting biopic that is in the making.  It will tell the story of Karnam Malleswari, the legendary weightlifter, who is the first Indian woman to win a medal at the Olympics.

The story of the inspiring role model of many Indian women will be told as a pan-India movie. It will be made in Tamil, Telugu & Hindi.  MVV Satyanarayana and Kona Venkat are producing this promising project on MVV Cinema and Kona Film Corporation.  Sanjana Reddy will wield the megaphone.  Written by Kona Venkat, the film’s cast and crew details will be announced soon.