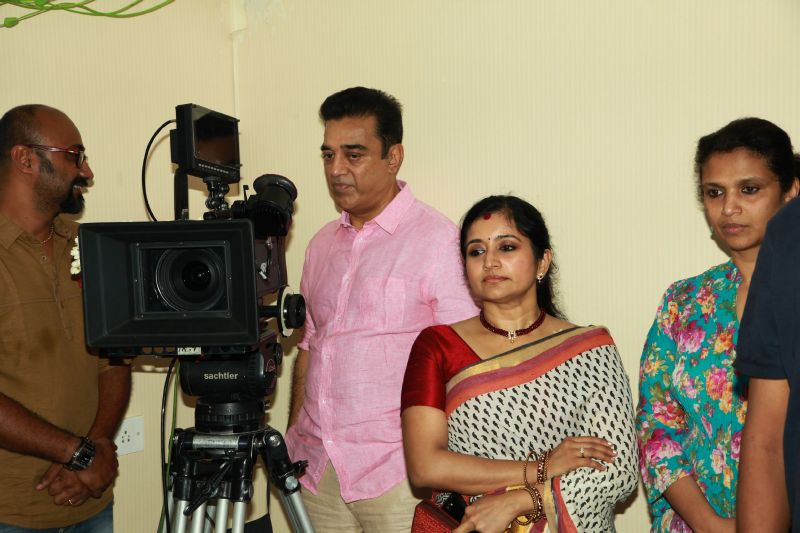 Kamalhaasan’s Untitled New Film
Wide Angle Creations & Raj Kumar Theatres Pvt Ltd produces the film
Mohanlal and Meena Starrer “Drishyam” became a Blockbuster in Malayalam and it encouraged other film industries to go for a remake.
After remaking it in Telugu and Kannada, it has been declared as hit in their respective cine industries.
Ulaganayagan Kamalhaasan is doing the lead role in the remake of Drishyam in Tamil.
Pooja of this movie held recently in chennai.
Story, Screenplay and Direction by Jeethu Joseph,
Dialogues – Jayamohan
Cinematographer – Sujith Vaassudev
Music – Gibran
Lyrics – Na.Muthukumar
Editing – Ayoob Khan
Art Director – Rembon
Produced by Suresh Balaje, George Pius of Wide Angle Creations and Raj Kumar Sethupathy and Sripriya Rajkumar of Raj Kumar Theatres Pvt Ltd
Other technicians of this movie are yet to be confirmed.
Shooting of this movie is scheduled to start by first week of August