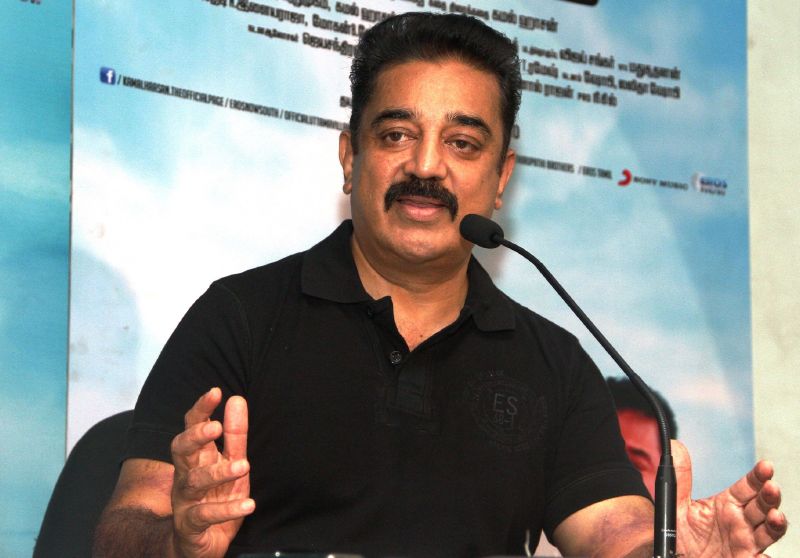 Kamal speaks about Uttama Villain
When queried about a section of distributors getting compensated for their alleged loss they suffered, Kamal Haasan, ‘It will set a bad precedent. Cinema is art for a filmmaker, his technicians and artistes. When someone invests money, it becomes his business. It is unjust for them to claim compensation’
When asked whether efforts are on to revive his ambitious project Marudhanayakam, the actor said, ‘yes. My friends are in talks in with me. But I keep reminding them that is a mammoth project. I have even told them that it is a big film and an international cinema that needs to be made in English.
Stating that Uttama Villain is close to heart for it features his mentor K Balachander in the cast, Kamal Haasan, said, ‘There is an influence of my personal life in every film of mine. So is Uttama Villain. It is the story of a hero with and without mask.’
‘Uttama Villain is inspired by KB films that reflected world cinema. From Urvasi to Nasser to Jayaram all have done a wonderful job in it. M S Baskar’s role is special.’