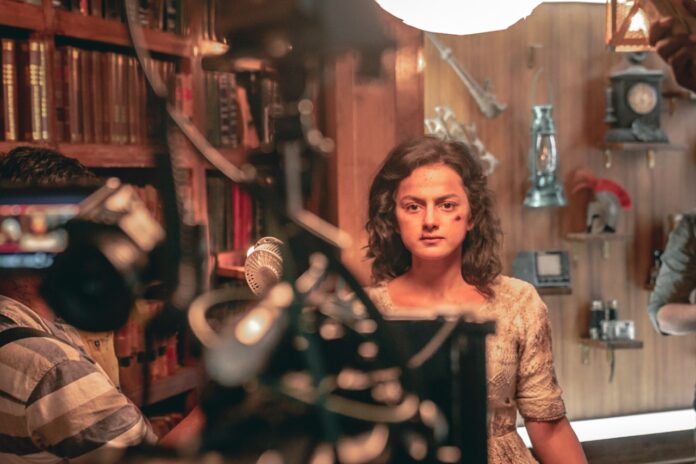 Shraddha Srinath and Kishore’s eagerly-awaited Tamil film ‘Kaliyugam’, a post-apocalyptic thriller, is fast nearing completion. Work on the third and final schedule of the film has just begun and is in full swing.

The film is being produced by K.S Ramakrishna, the proprietor of Prime Cinemas, under the banner R K International Inc. and is being directed by Pramodh Sundar.

Featuring actress Shraddha Srinath, who has impressed everyone with her captivating performance in Ajith’s ‘Nerkonda Paarvai’, is playing the lead. The film also has actor Kishore playing a pivotal role.

All the sequences of the first schedule were shot on a grand set with brilliant lighting and framing by cinematographer K Ramcharan. Sources say that the final schedule is being shot on a state-of-the-art set erected on a huge budget.

A source close to the unit hints that the final schedule will be heavy on CG. The source also adds that going by the brisk pace at which work is going on, the team is well on its way to completing the film.
The film, which will be technically sound and unique in several ways, is being made by a fresh bunch of talented youngsters. Well, this “Kaliyugam” is something we are all eagerly looking forward to.