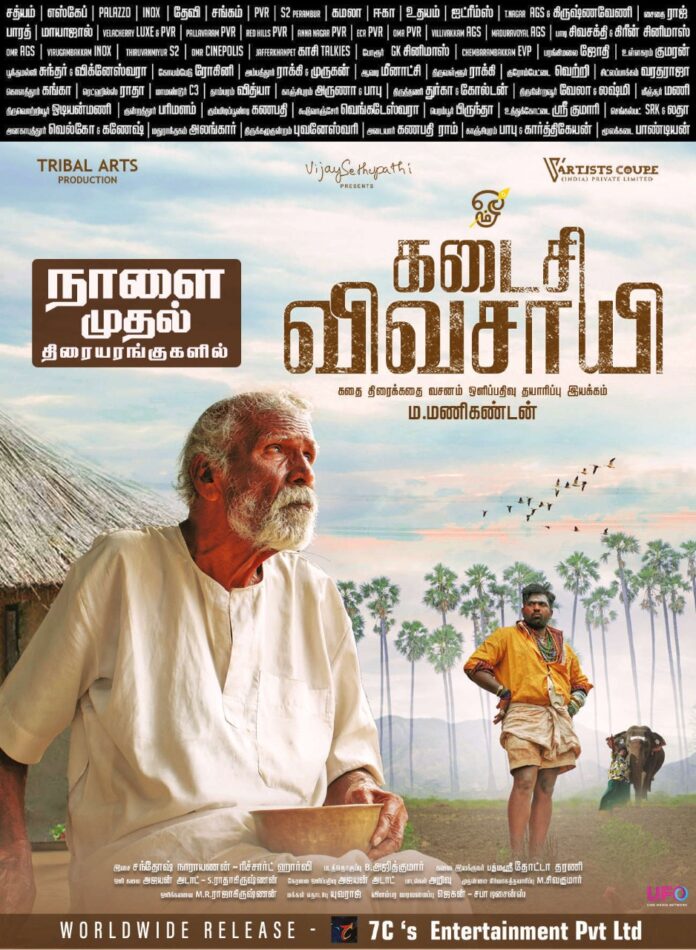 Kadaisi Vivasayi, written, directed by M Manikandan has Nallandi and Vijay Sethupathi in the lead roles while Rebecca Rachel, Yogi Babu and others play crucial supporting roles. The film is produced under the banners 7C’s Entertainment, Vijay Sethupathi Productions, and Tribal Arts. The music is composed by Santhosh Narayanan and Richard Harvey. The highlight of the movie is camera by Manikandan himself.
Nallandi a farmer by himself plays the lead role of an last agriculturist in a village. For a festival.in the village, he has to grow paddy. His personal.life is difficult with a different son (Vijay Sethupathi). When Nallandi grows paddy, he sees many hurdles. How he does that forms crux.
A poignant tale with artistes giving best backed by strong writing and visuals make it good. The good thing is movie is not preachy. Vijay Sethupathi plays a tough role. Nallandi foes it with ease. Rebecca excels while Yogi Babu dies a decent job.
The movie is poetic and leisure in pace. But strong in content.