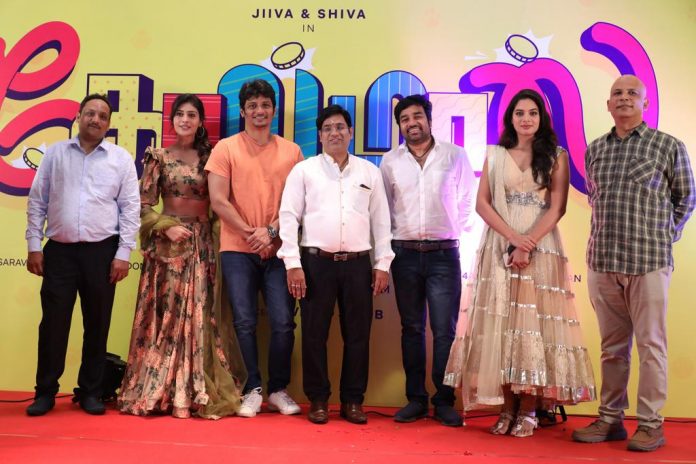 Actors Jiiva and Shiva will be joining forces for a new film titled ‘Golmaal’, to be produced by Jaguar Studios’ B Vinod Jain who had earlier bankrolled ‘Miruga’ and directed by Ponkumaran.

Ponkumaran has directed several successful Kannada movies so far. He is a former associate of K Bhagyaraj and K S Ravikumar.

Speaking about the movie, Ponkumaran said this will be an out and out family entertainer which will attract audiences to theatres and make everyone happy.

Ponkumaran further said that Golmaal is a high budgeted Tamil movie which will be fully shot in Mauritius. “Our producer is very happy to invest in this project,” he added.

“Shooting will commence in November and wrap in December. The movie will be released in the first half of 2022,” he said.