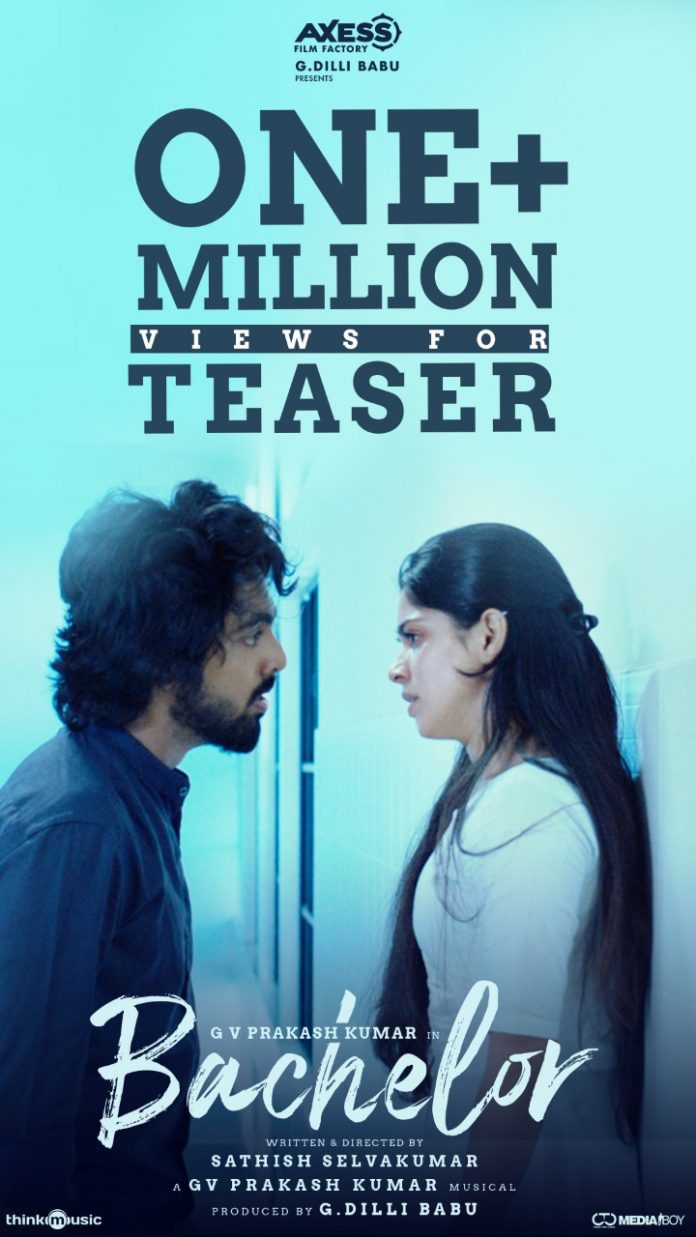 The teaser of GV Prakash Kumar’s Bachelor has been released and has found massive response.

Producer G Dilli Babu, Axess Film Factory says, “Our production house has been very conscious about the contents in every movie we have made. We at Axess Film Factory have produced movies based on different genres and this will be a different and special one. So, I can assure that the movie will be something for family audiences and not something to do with adult themes. The film will have a takeaway like Oh My Kadavule, but nothing preachy. The film will be censored shortly and will hit screens in Summer 2021.”

Director Sathish Selvakumar says, “The story is about a boy from Coimbatore, whose life takes a turn when he comes across a girl in an IT company in Bangalore. GV Prakash has two different shades in this film thst traverses through the phases of Boyhood to Manhood. He has done a fabulous job in the film. Theni Eswar sir has exerted an impeccably tremendous effort for finest visuals. The teaser might give an impression of adult theme, but it is not so. It will have realistic values and has been presented with same factors. I thank Dilli Babu sir for giving me an opportunity to be a part of this film. I would like to mention that the film will not have any stalking contents.”

Divyabharathi is playing the female lead role in this film and others in the star-cast comprises Munishkanth, Bhagavathi Perumal and few others. GV Prakash Kumar is composing music, Theni Eswar is cinematographer and San Lokesh is editor.