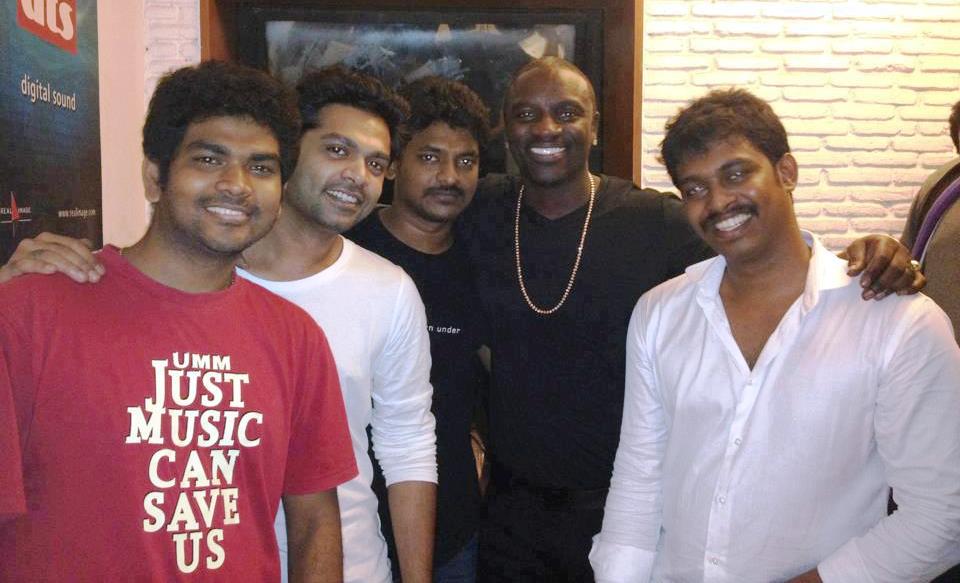 Actor STR while wishing his fans and media on the eve of 2014 had a few clarifications to share with the media on the issues related to the ‘ Love Anthem’ .

“The relationship with Mr. Akon, the ace singer is fine as ever, and the complaint that my father lodged was against a tout agency which had promised the accessibility of Mr. Akon and charged some amount for the same in 2011. To my shock we found that Mr. Akon was not at all informed about my interest in being associated with him and to add insult to the injury the huge amount that was paid towards this assignment was swindled by this agency.
After this futile attempt we were lucky enough to associate with Mr. Akon through Mr. Vamseedharan of Tracktical Entertainment, Chennai and the history was made through my association with Mr.Akon.”

Tracktical Entertainment successfully facilitated the association between the international R&B and hip-hop singer Akon and the Kollywood (Tamil Cinema) actor Silambarasan. Akon associated with Simbu for the recording and video shoot of the track “Love Anthem for World Peace” which took place in Chennai, India on May 4th, 5th and 6th 2013.

“As Tracktical Entertainment had been an enterprising company in the international music business and had done various well known events in the city, Simbu believed that we would be the ones who would be able to bring Mr. Akon down for the Love Anthem project. ” said Mr. Vamseedharan.

During the three month process of organising this association, confirmation of dates and other technicalities, Simbu was completely supportive of Tracktical making the process easier and faster.

When Mr. Akon arrived in Chennai, both Simbu and him created a magical track together. Mr. Akon enjoyed working with him immensely and Simbu was overwhelmed with his patience, talent and hard work. The project was a complete success.

Simbu had previously informed Tracktical that he had been cheated when he wanted to work with Mr. Akon earlier. Tracktical informed this to Mr. Akon who was shocked on hearing about this scam, he had even tried to help recoup the losses but wasn’t able to make the perpetrators pay.

Simbu said, “The amount of interest and curiosity my album with Mr Akon had invoked among the music lovers and the general public had given me immense joy and pleasure. It justified the musical power and popularity Mr Akon enjoys in this part of the world. Whatever had transpired on this deal before I could reach Mr Akon is being dealt through legal means . But it is an amazing experience working with Mr Akon and I thank Mr Vameedharan of Tracktical Entertainment for the excellent relationship I have with Mr Akon . Next year we will have a big launch to glorify my association with Mr Akon and I am confident that my relationship with Mr Akon will blossom forever in the best interest of ‘Music’.”