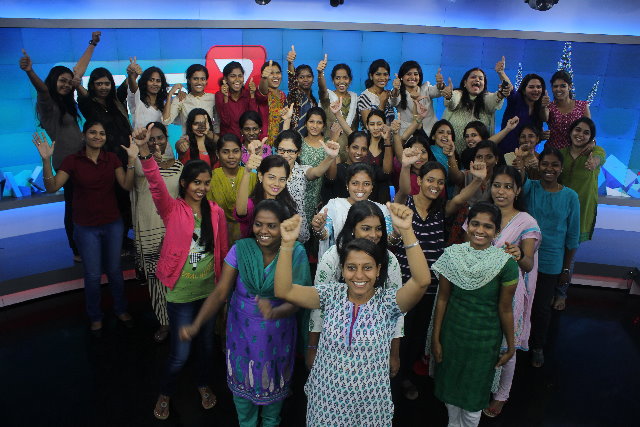 Global Tamil News Channel ‘News7Tamil’ will launch across major distribution platforms in Tamil Nadu and across India on the 30th of October.

The launch broadcast will be led by an all women editorial and technical team.

With this ‘News7Tamil’ would be the first news channel in the world to be launched with an all women team in command of editorial and technical operations related to launch.

For the inaugural broadcast that will start at 6 am, Pramila Krishnan will be the shift in-charge of the newsroom, Rafia Begam will lead the Output shift and Dhanya Lakshmi will lead the studio floor camera team. The Production Control Room will be commanded by Anandhi G and Uma Gomathi. The Broadcast and IT shifts will be led by Bhuveshwari G and Divya V. All the presenters for the 4 hour ‘Velicham’ show will be led by Aishwarya Raghav; presenters include Shailaja Balasubramanian, Christobel, Meena K, Priyanka and Sukanya.

Also the inaugural broadcast will also feature reports from women reporters across Tamil Nadu including Tamilarasi and Sherly in Coimbatore, Jansi M in Madurai and Anbarasi in Puducherry.

Apart from this other departments like graphics and administration will also have women leading the shift for inauguration.