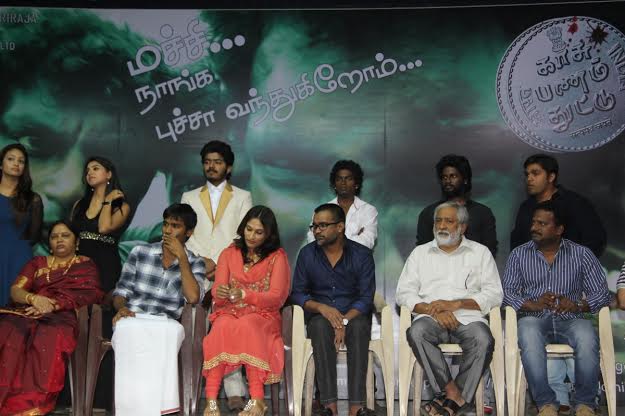 Dhanush at audio launch
The audio of ‘Kaasu Panam Thuttu’, a film which marks the comeback of veteran diretor Kasthooriraja, was unveiled on Sunday.
The movie, which has newcomers in the lead roles, has music by Sajid. Star Music has acquired the audio rights of ‘Kaasu Panam Thuttu’.
he story is about youngsters who live in slum areas of the city. Hence songs have been composed with typical Chennai feel
Produced by Dr K Vimalageetha, the film is presented by Vijayalakshmi Kasthooriraja on R K Productions Pvt Ltd banner. It is to be noted that Kasthooriraja is father of Dhanush and Selvaraghavan, popular actor and ace filmmaker, respectively.