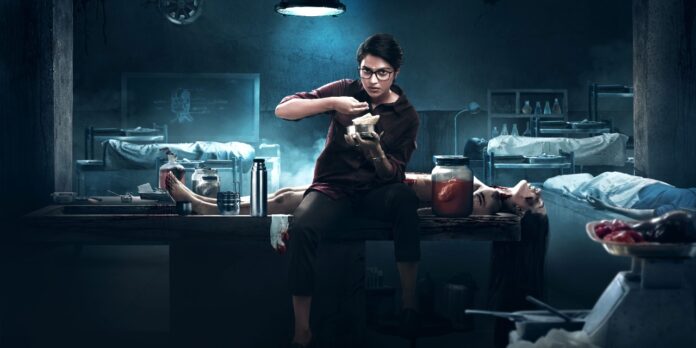 There’s a famous quote that reads – A picture is worth a thousand words. In particular, ‘The First Look’ factors ascribe copious percentages in drawing crowds towards a film. Moreover, the occasion of unveiling the first look posters has become a crucial moment as they become the instant crowd pullers. In this aspect, Producer-Actress Amala Paul’s upcoming film ‘CADAVER’ steals the spotlights for its scintillating first look unveiled on the occasion of her birthday today (October 26, 2021).

CADAVER has been creating sensational buzz from its point of inception in production for being the first-ever Indian film, where a forensic surgeon playing the protagonist is brought as an investigating officer.

Cadaver is directed by Anoop S Panicker and is produced by Amala Paul for the banner of Amala Paul Productions. While Amala Paul plays the role of a forensic surgeon, the others in the star cast include Athulya Ravi, Harish Uthaman, Riythvika, Adith Arun, Munishkanth, and a few more prominent actors.

Ranjin Raj is the music director, Aravinnd Singh is the cinematographer, San Lokesh is the Editor, Abhilash Pillai is the script writer, Ragul is the art director, and Dinesh Kannan is the Executive Producer.