Bharath next flick is a Thriller “Last 6 hours” 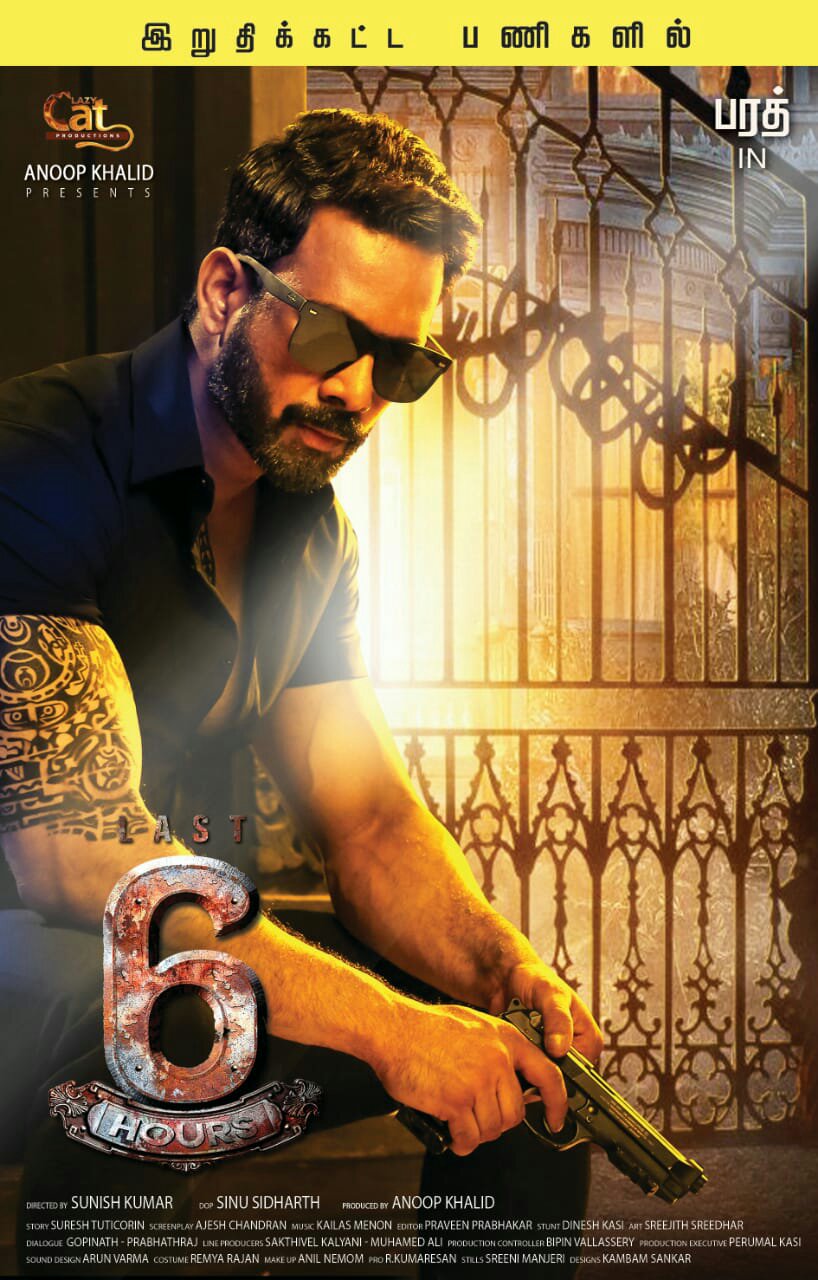 Actor Bharath who is well known for choosing the best script and shown his acting skills with all his previous movies has now taken a completely different role in his upcoming movie titled “Last 6 Hours”. The Movie is produced by Anoop Khalid under the his banner “Lazy Cat Productions”. Viviya Santh plays the female lead and Adil Ibhrahim, Anu Mohan, Pramil Siddarth has done the supporting roles. Adding a surprise to the element Producer Anoop Khalid has playes an important role in this movie.

Kailash Menon scores the music for this film while Sinu Siddarth handles the Cinematography. The movie is directed by Debutant Sunish Kumar who earlier assisted Director Rajiv Menon in his films. Suresh(Thoothukudi) has written the story for this film.

A group of 4 people who has excelled in 4 different fields plans to do a big theft and settle in their life. As planned they decide to loot the money within 6 hours of time. But unexpected things happens suddenly. What has happened and what is the condition of the robbers is the main part of the story. The makers have created this film with more twists and turn to it. Director Sunish Kumar gives us a hope that this movie will fetch a big name to Bharath and as like his Tamil Movies he will make a strong foot print in Malayalam Industry too.

The Film is said to be a bilingual which is made in Tamil and Malayalam simultaneously. The Film’s shoot has been shot in Chennai, Kerala and Dubai. The shoot has got over and the post production work is going on in full swing. The Team will announce the movie’s release date soon.